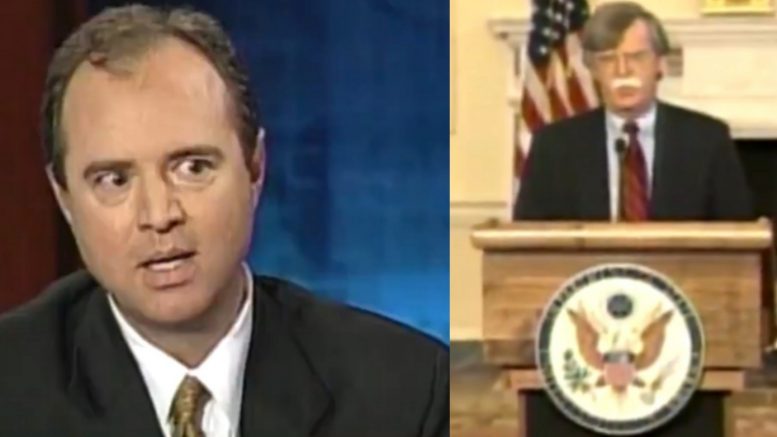 Schiff made the remarks back in a 2005 interview on CNN, where he was undermining President George W. Bush’s decisiom to nominate Bolton as  U.S. Ambassador to the United Nations.

“Mr. Bolton has been awol. He’s been more focused on the next job, then doing well at the last job,” Schiff is seen saying in the interview.

“…John Bolton’s politicization of the intelligence he got on Cuba and on other issues. Why would we want someone with that lack of credibility? I can’t understand,” Schiff said.

FLASHBACK: Adam Schiff in 2005 said John Bolton has a “lack of credibility” pic.twitter.com/WW3JbcNhIV

Schiff’s 2005 comments directly contradict him flirting with the idea of having John Bolton testify over claims made in his new book “The Room Where It Happened.” Video Below

WATCH: After the latest revelations about Trump in former NSA John Bolton’s book, @RepAdamSchiff says the “exposure of this president's conduct is the best way to protect this country." #IfItsSunday

Schiff: Trump "is dealing away national security … in order to help himself.” pic.twitter.com/42MbM6fOfy