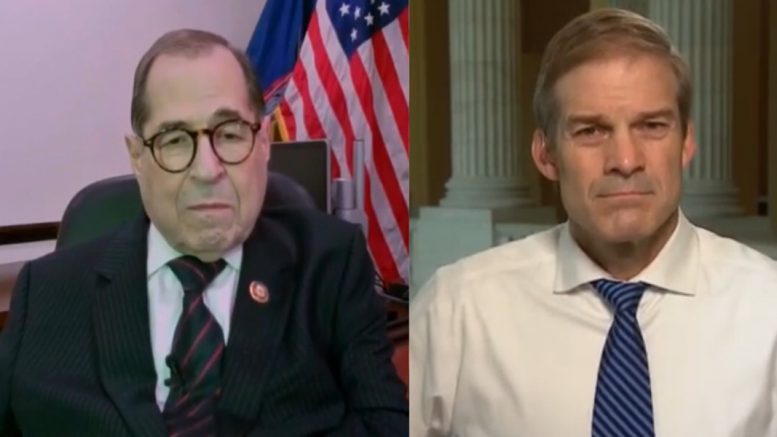 Barr is scheduled to testify before the House Judiciary Committee on July 28. Justice Department spokeswoman Kerri Kupec confirmed on Twitter that the president’s top law enforcement official will participate in a general oversight hearing.

“As we approach the hearing next month, I hope you will endeavor to avoid a spectacle, which only serves to embarrass you and the committee,” Rep. Jordan wrote to Chairman Nadler. “The Attorney General of the United States deserves to be treated with fairness and respect.”

He continued: “The Attorney General’s appearance is also an opportunity for the Committee to conduct oversight of the Obama-Biden Administration’s weaponization of the Justice Department and intelligence community against the Trump campaign. In past several months, we have learned shocking details about how the Obama-Biden Administration used its Justice Department and intelligence community to target the Trump campaign.”

He listed several instances and dates showing how the former Obama administration targeted the Trump campaign and also noted the surveillance conducted against Trump associates.

“As you claim to be so concerned about politicization at the Justice Department, this information should shock and alarm you,” Rep. Jordan wrote, adding that Nadler has “been oddly silent and disinterested.” Continued Below

“To allow the Committee to better understand the scope and extent of the Obama-Biden Justice Department’s targeting of the Trump campaign and transition team, the Committee must obtain specific documents and testimony from relevant Obama-Biden Administration witnesses,” the Ranking Member wrote.

On Wednesday, the Justice Department disclosed notes from former FBI agent Peter Strzok were, showing that Joe Biden appeared to be one to raise “Logan Act v[iolation]? And Barack Hussein Obama ordered: “make sure you look at things” with “the right people”, during a Jan. 5, 2017 meeting.

“The notes show that Vice President Joe Biden suggested using the Logan Act to target LTG Flynn, which wound up as the basis for the FBI’s subsequent interview of LTG Flynn,” wrote Jordan. “The Special Counsel’s prosecutors withheld this exculpatory information from LTG Flynn and his lawyers”. Continued Below

On Wednesday, Rep. Jordan called out Jerry Nadler for not bringing in DOJ Michael Horowitz to testify over the FISA report, which was released in December.

Attorney General Barr is getting to the truth. Democrats are scared to see what he finds. pic.twitter.com/1s8HWFbUvT 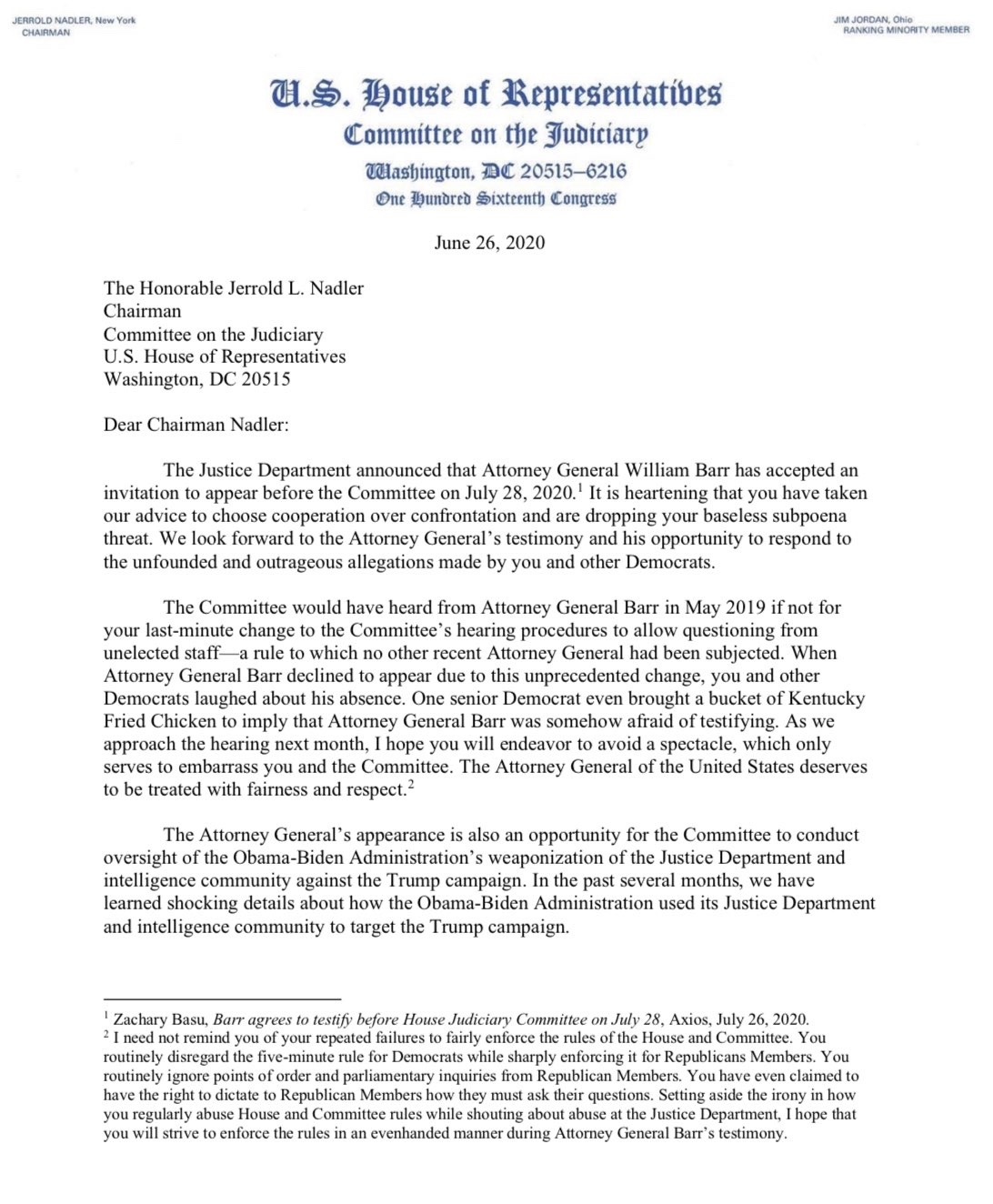 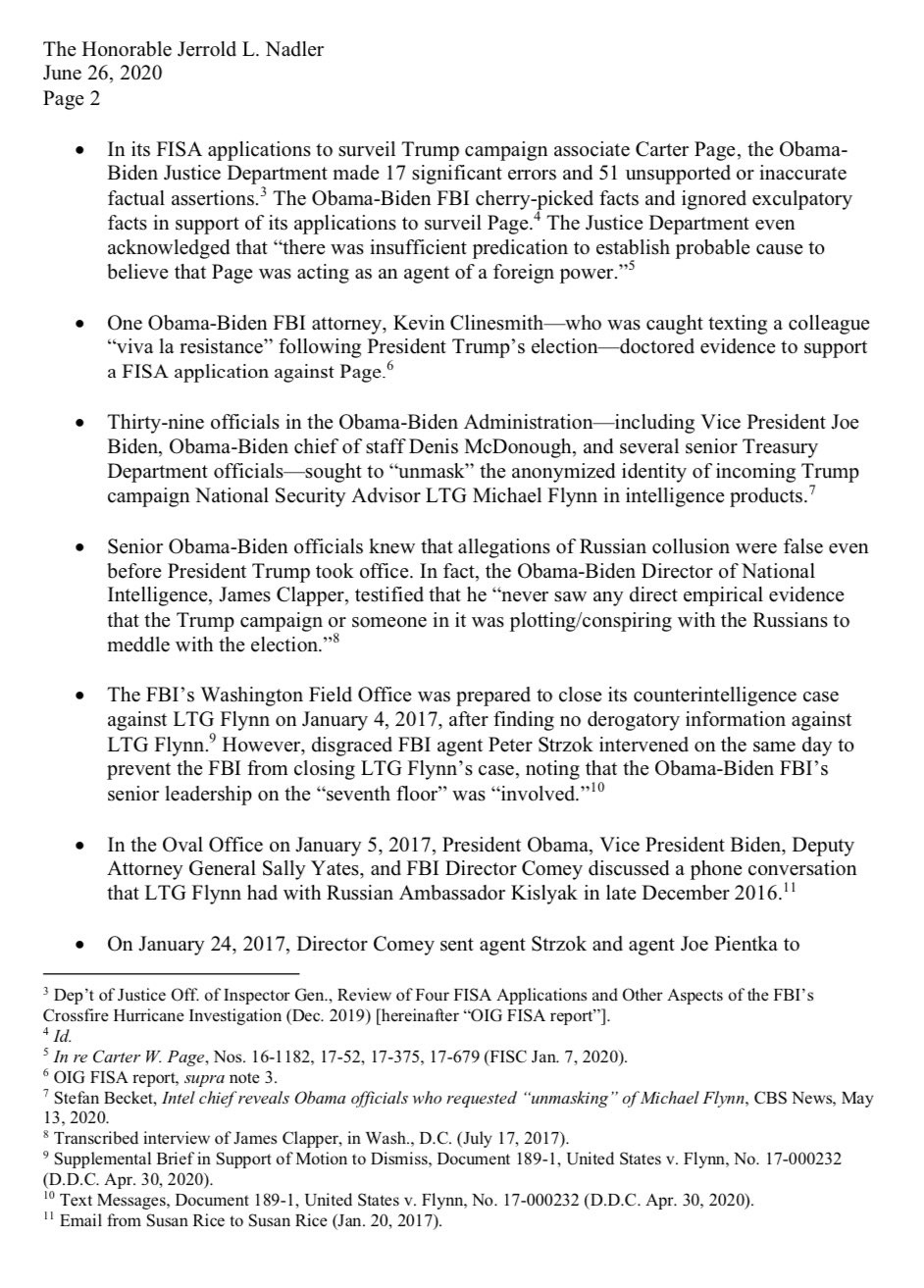 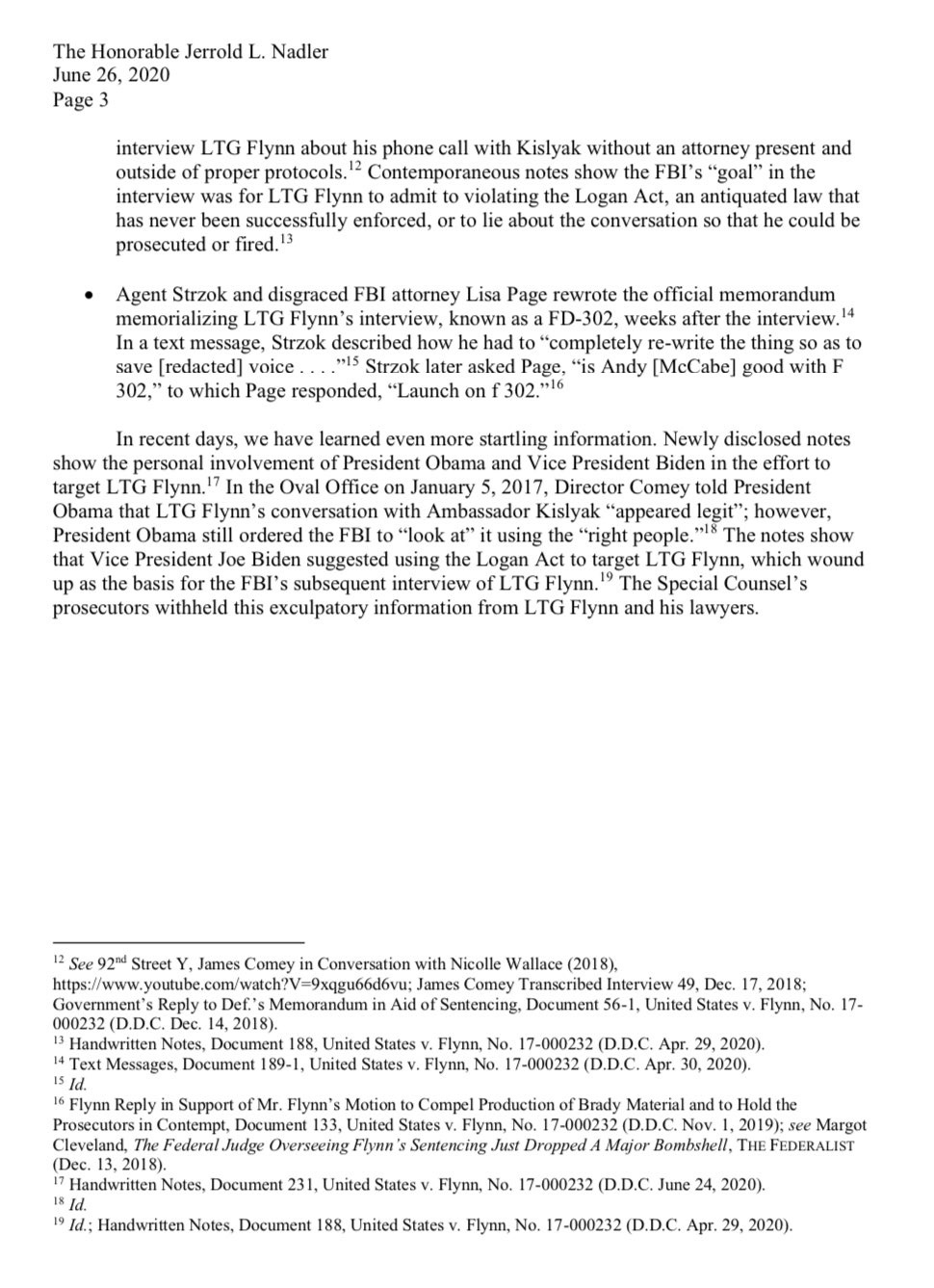 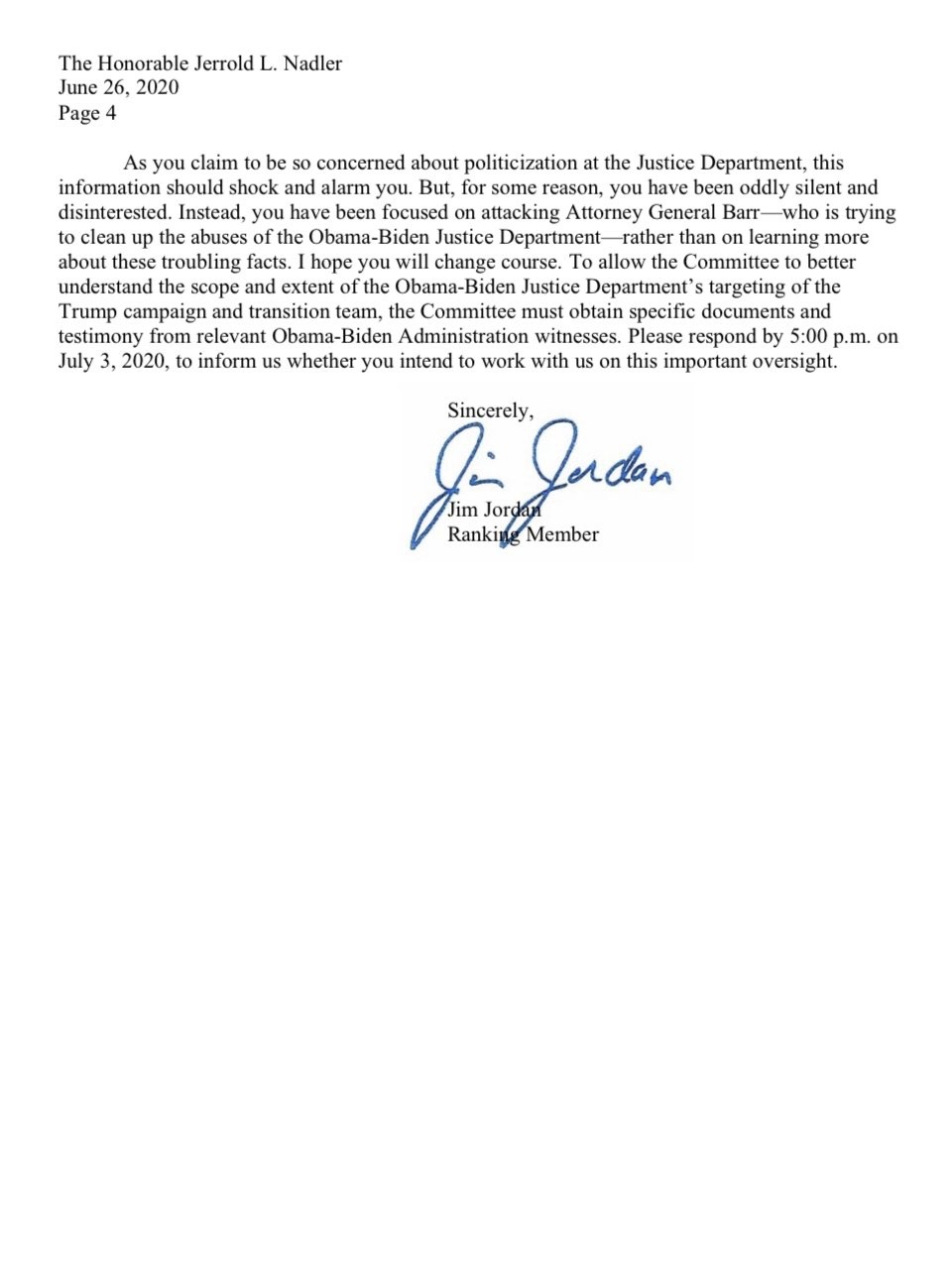 (Related: Rep. Nunes Says Around ‘Fourteen Criminal Referrals’ Have Been Made In Relation To Russia Probe Origins)