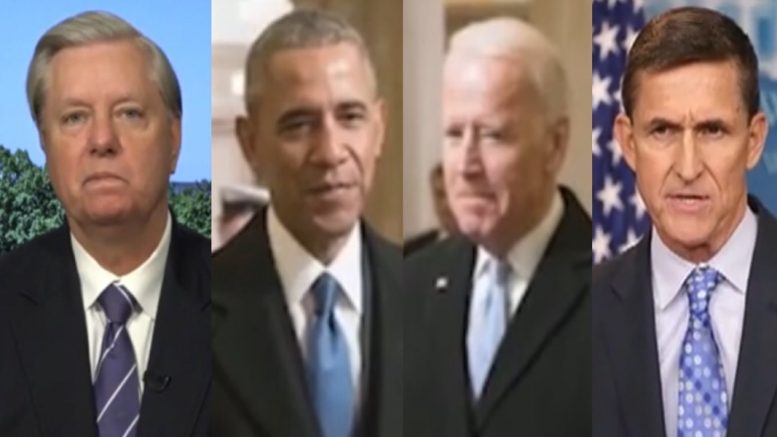 A federal appeals court on Wednesday ordered a lower court to allow the case against former National Security Adviser Michael Flynn to be dismissed, as requested by the Justice Department — likely ending the years-long legal saga stemming from the Russia investigation. The abrupt ending came in a 2-1 ruling and order from judges on the U.S. Court of Appeals for the District of Columbia, Fox News reported.

General Michael Flynn’s lawyers asked for a writ of mandamus — an order telling a government official to carry out a certain duty — directing District Judge Emmet Sullivan to approve the DOJ’s motion to dismiss:

Wednesday’s court order was direct, ordering “that Flynn’s petition for a writ of mandamus be granted in part; the District Court is directed to grant the government’s … motion to dismiss; and the District Court’s order appointing an amicus is hereby vacated as moot, in accordance with the opinion of the court filed herein this date.”

Sullivan did not immediately grant that motion and instead sought to hold hearings on the matter, angering Flynn allies. It’s unclear whether Sullivan could try to appeal to the full appeals court or even to the Supreme Court in order to keep the case alive. The next step otherwise would likely be for Sullivan to comply, reported Fox News.

Senator Graham pointed out he’s been a lawyer most of his life, saying, “I’ve never known in my entire life a case where the government comes forward and asks the court to withdraw charges because they find exculpatory evidence not revealed to the court or the defendant, and the judge refuses to grant the motion by the government. The appeals court has ruled 2:1 for writ of mandamus, ordering Sullivan to drop the charges.”

“He is staying the hearing– this has become a complete joke, and it’s very unfair to General Flynn. And eventually General Flynn will receive justice, but it’s gonna take a while apparently,” Senator Graham said.

Additionally notes from former FBI agent Peter Strzok were released Wednesday, showing that Joe Biden appeared to be one to raise “Logan Act v[iolation]? And Barack Hussein Obama ordered: “make sure you look at things” with “the right people”.

The Senate Judiciary Chairman also weighed in on the notes that reveal Joe Biden suggested using the Logan Act against Flynn, asking: “Why are we getting these notes now? Where [have] these notes been? Where were the notes we got a month or so ago from the Department of Justice? Bill Barr has done a good job of cleaning up the sewer that was the Obama Justice Department.” Continued Below

“On January 4, the FBI agent in charge of the Flynn investigation wrote a memo recommending that Flynn be dropped from Crossfire Hurricane because there was no there-there,” Graham said, referring to documents unsealed last month. “I’m trying to interview that agent, but I’ve been unsuccessful so far. I’ll keep trying.”

Graham also noted the January 5, 2017 meeting in the Oval Office with Obama and Biden and other officials, pointing out that the Logan Act was mentioned.