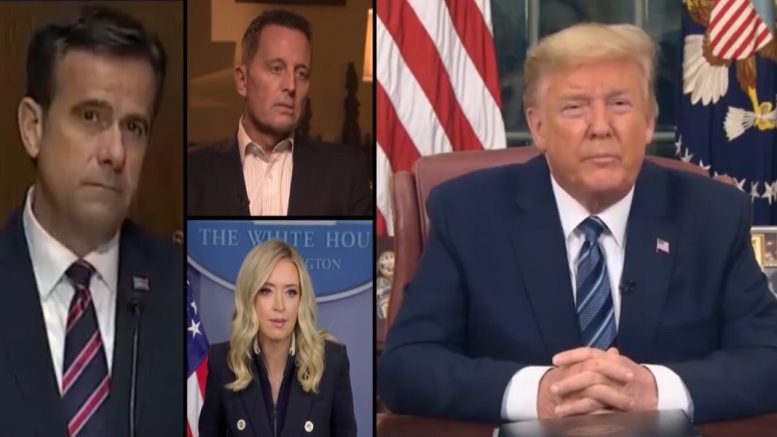 The Commander in Chief on Sunday, slammed The New York Times, for alleging that he had been briefed on reported Russian bounties placed on U.S. troops in Afghanistan and called for paper to identify its “anonymous source”.

The NYT claimed: “The intelligence finding was briefed to President Trump, and the White House’s National Security Council discussed the problem at an interagency meeting in late March, the officials said.”

President Donald Trump denied that he was briefed, writing on Twitter Sunday: “Nobody briefed or told me, @VP Pence, or Chief of Staff  @MarkMeadows about the so-called attacks on our troops in Afghanistan by Russians, as reported through an ‘anonymous source’ by the Fake News @nytimes.”

“Everybody is denying it & there have not been many attacks on us Nobody’s been tougher on Russia than the Trump Administration. With Corrupt Joe Biden & Obama, Russia had a field day, taking over important parts of Ukraine – Where’s Hunter? Probably just another phony Times hit job, just like their failed Russia Hoax. Who is their ‘source’?” the president asked.

“Statement by DNI Ratcliffe: ‘I have confirmed that neither the President nor the Vice President were ever briefed on any intelligence alleged by the New York Times in its reporting yesterday. The White House statement addressing this issue earlier today, which denied such a briefing occurred, was accurate. The New York Times reporting, and all other subsequent news reports about such an alleged briefing are inaccurate,’” the Director of National Intelligence said. Continued Below

On Saturday, White House press secretary Kayleigh McEnany also denied a report from the Times on Friday that Trump and Vice President Pence were briefed on American intelligence findings that Russian military operatives offered bounties to Taliban-linked militants to kill coalition forces in Afghanistan, including U.S. troops, amid peace talks,” The Hill reported.

“While the White House does not routinely comment on alleged intelligence or internal deliberations, the CIA Director, National Security Advisor, and the Chief of Staff can all confirm that neither the President nor the Vice President were briefed on the alleged Russian bounty intelligence,” McEnany said in a statement.

She said the U.S. “receives thousands of intelligence reports a day and they are subject to strict scrutiny.” McEnany added that she was not denying the intelligence exists but said the president was not briefed on it. Continued Below

“This does not speak to the merit of the alleged intelligence but to the inaccuracy of the New York Times story erroneously suggesting that President Trump was briefed on this matter,” McEnany said.

The Russian Embassy in Washington, D.C., called the Times report “fake news,” and a spokesman for the Taliban labeled the allegations “baseless,” reported The Hill.

“Not only has he failed to sanction or impose any kind of consequences on Russia for this egregious violation of international law. Donald Trump has continued his embarrassing campaign of deference and debasing himself before Vladimir Putin,” the former vice president said. Continued Below

Biden also said he was “outraged” by the report and added that Trump’s presidency “has been a gift to Putin”, adding: ” “This is beyond the pale. It’s a betrayal of the most sacred duty in the nation: to protect our troops when we send them into harm’s way,” he said.

…Nobody’s been tougher on Russia than the Trump Administration. With Corrupt Joe Biden & Obama, Russia had a field day, taking over important parts of Ukraine – Where’s Hunter? Probably just another phony Times hit job, just like their failed Russia Hoax. Who is their “source”?

"The White House statement addressing this issue earlier today, which denied such a briefing occurred, was accurate. The New York Times reporting, and all other subsequent news reports about such an alleged briefing are inaccurate.” (2/2)

Dear @RichardGrenell: Did you really not tell @realDonaldTrump and @VP Pence that Russia was paying militants to kill US troops?

Or is @PressSec lying? https://t.co/V4FadEuiPt

Grenell fired back at Lieu, blasting him for continuing to “politicize intelligence”.

I never heard this. And it’s disgusting how you continue to politicize intelligence. You clearly don’t understand how raw intel gets verified. Leaks of partial information to reporters from anonymous sources is dangerous because people like you manipulate it for political gain. https://t.co/403X9AVGAC

The Commander in Chief also tweeted on Sunday, saying the NYT “must reveal it’s anonymous source”:

The Fake News @ nytimes must reveal its “anonymous” source. Bet they can’t do it, this “person” probably does not even exist! https://t.co/pdg4AjybOG

Then he called out Biden and former president Barack Hussein Obama for being “weak” on Russia:

Funny to see Corrupt Joe Biden reading a statement on Russia, which was obviously written by his handlers. Russia ate his and Obama’s lunch during their time in office, so badly that Obama wanted them out of the then G-8. U.S. was weak on everything, but especially Russia!