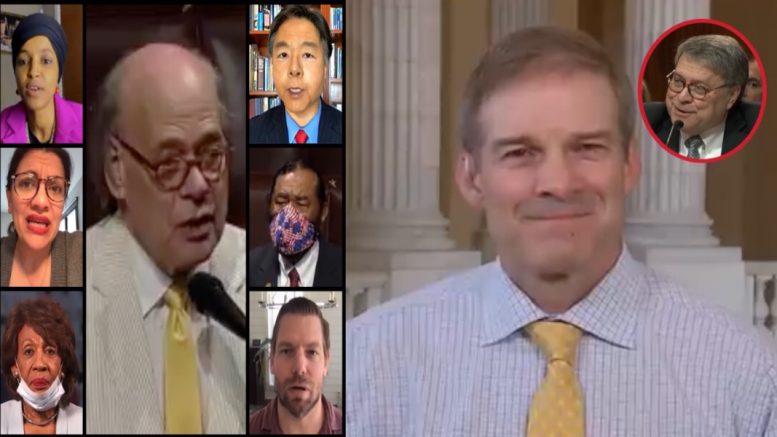 In a Tuesday press release, Cohen claimed: “Attorney General Barr has undermined our judicial system and perverted the rule of law.”

Rep. Cohen also said in his press release: ” Barr obstructs justice by favoring the President’s friends and political allies. He abuses his power by using the Department of Justice to harass, intimidate and attack disfavored Americans and the President’s political opponents.  My oath to support and defend the Constitution compels me to confront this corruption.  Congress is a co-equal branch of government and we must get to the bottom of this and hold Bill Barr accountable.”

The Tennessee representative listed in the resolution, his reasons to impeach the Attorney General: “Barr’s abuse of office at the behest of President Trump, including his use of pretextual antitrust investigations against industries he disfavors; withholding subpoenaed information, including Special Counsel Robert Mueller’s full report; failing to comply with legitimate subpoenas issued by the House Committee on Oversight and Reform; and prohibiting the referral of an intelligence Community whistleblower complaint to the House Permanent Select Committee on Intelligence.”

The resolution also claims that “Barr eroded confidence in the judicial system by questioning the legitimacy of Department of Justice investigations into the 2016 Presidential election and mislead Congress and the public about the Mueller report, according to Cohen.

Last May, Cohen brought a chicken prop and a bucket of KFC fried chicken to a House Judiciary Committee hearing after Attorney General William Barr declined to appear. He had also called the attorney general “#ChickenBarr” on Twitter and threatened to use subpoenas. Continued Below

On the House floor Tuesday, Cohen claimed: “We have been experiencing very unusual behavior by the attorney general of the United States. Behavior that has scared many and should scare all– where he’s abused his power, he’s obstructed justice, and he’s violated the First Amendment. He’s destroyed almost every norm that has existed for attorney general’s and their relationship to the rule of law.”

He went on to allege that rule of law has been “diminished” by his actions with General Michael Flynn, along with Roger Stone, adding: “He abused his power with the Mueller report when he misled the people and what the Mueller report really said,” Cohen alleged, without specifying details. … I’ve been joined by 35 of my colleagues today, introducing a resolution calling for the impeachment of William Barr and calling on the Judiciary Committee to look into it,” Cohen said.

Last Sunday, during an interview on CNN’s “State of the Union”, House Judiciary Chairman Jerrold Nadler (D-NY) was asked by host Jake Tapper if calling for Attorney General Bill Barr’s impeachment is premature. The New York Congressman said: “No. I don’t think calls for his impeachment are premature anymore than calls for the president’s impeachment were premature.” Video Below

“But they are a waste of time at this point, because we know that we have a corrupt Republican majority in the Senate that will not consider an impeachment no matter what the evidence and no matter what the facts. So we’re instead going to do what we have to do without that,” Nadler told Tapper.

Congressman Jim Jordan (R-OH) reacted to the Democrats’ resolution, asking: “Are you kidding me? Bill Barr is cleaning up the mess that Obama, Biden, and Comey created!”

Are you kidding me?

Bill Barr is cleaning up the mess that Obama, Biden, and Comey created!

Last month, Former Deputy Attorney General Rod Rosenstein testified before the Senate Judiciary Committee pertaining to his oversight of the Russia investigation. He admitted that he would not have appointed Robert Mueller based on what he knows now.

“Knowing what you know now, do you have any reservations about making the Mueller appointment, given the fact that all the people named in this scope letter, there’s like zero evidence by May 2017, they were working with the Russians? Do you have any concerns at all? Senator Lindsey Graham (R-SC) asked Rosenstein.

Rosenstein said he made the decision on the information he had based at the time, but Graham fired back and asked, “Why did we have the investigation at all if we had concluded they weren’t working with the Russians? … The point is, the whole concept that the campaign was colluding with the Russians– there was no there-there in August 2017. Do you agree with that General statement or not?” Graham wondered.

“I agree with the statement,” Rosenstein admitted.

(Related: Sen. Hawley Puts Rosenstein On The Spot: “So You Didn’t Rubber Stamp It, But You Didn’t Read It?)