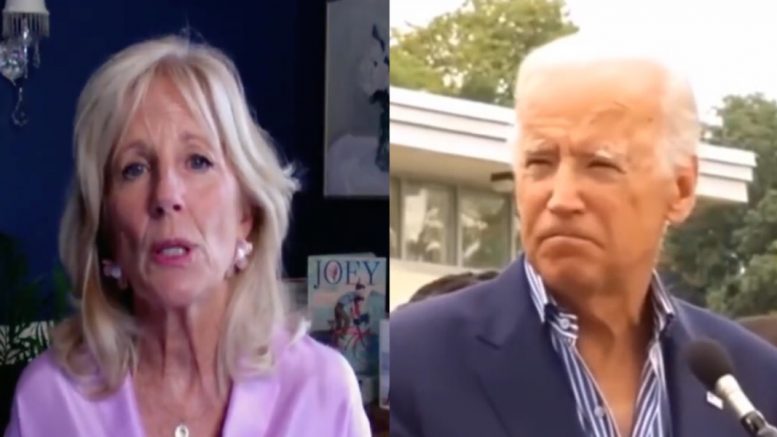 Tuesday on ABC’s “The View,” former second lady Jill Biden claimed that “a lot of Republicans are going to vote for Joe”, referring to the presumptive Democratic presidential nominee amid November’s upcoming election.

Co-host Meghan McCain asked Biden: “As you know, Republicans are very tribal. Trump says that he has a 96% approval rating in the Republican Party. He’s predicting a big win because of the silent majority, which we know from 2016 does exist. How can you counter what he’s saying?”

Jill Biden responded to McCain: “Well, you know, I think, Meghan, I have a little bit of a different slant on it. From what I’ve seen, a lot of Republicans are going to vote for Joe.”

She claimed: “You know, and they’ve been saying it. Maybe they’re not saying it publicly. When I was out there on the trail, a lot of people came up to me and said, ‘Jill, I’m a Republican, but I’m going to vote for your husband because he’s a moderate and he’s a steady leader, and we believe in Joe.’”

“So, I think, you know, of course, Trump has his supporters. But I think a lot of his supporters have become disillusioned, especially in the way he’s handled this pandemic,” Biden alleged.

“We’ve seen the —you know, just these last two days the spike in the numbers of people who are getting sick and how he’s not even addressing it and taking care of American families. So, I have a little bit of a different take on it than maybe than you do,” the former second lady added. Video Below

Jill Biden: "From what I’ve seen, a lot of Republicans are going to vote for Joe. … I think a lot of his supporters have become disillusioned."pic.twitter.com/r19H974qUF

Jill Biden fears a second term of President Trump would “fundamentally change this nation and who we are”, adding: “We must vote.”

.@DrBiden tells @TheView she fears a second term of Pres. Trump would “fundamentally change this nation and who we are”: “We must vote.” https://t.co/f8u2wbJuik pic.twitter.com/Ht3lGqQwQH

She also said that her husband is “used to handling bullies”, referring to President Trump amid the upcoming presidential debates.

On Pres. Trump’s tendency to come at his political opponents with vitriol comments, @DrBiden says her husband “can handle it”: “Joe’s used to handling bullies.” https://t.co/1091s9WYqN pic.twitter.com/utsoLUFzi4

(Related: Joe Biden Confuses His Wife With His Sister During His Super Tuesday Speech In Los Angeles)