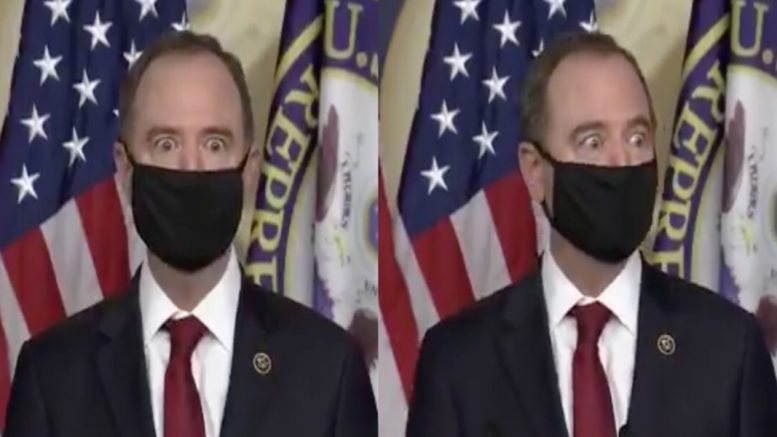 The Federalist’s Sean Davis and Mollie Hemingway reported on Thursday, that top committee staff for Rep. Adam Schiff (D-CA), the chairman of the House Permanent Select Committee on Intelligence, were briefed in February on intelligence about Russia offering the Taliban bounties in Afghanistan, but he took no action in response to the briefing, multiple intelligence sources familiar with the briefing told The Federalist.

The intelligence was briefed to Schiff’s staff during a congressional delegation, or CODEL, trip to Afghanistan in February, per The Federalist.

The New York Times alleged last week that the Commander in Chief had been briefed on reported Russian bounties placed on U.S. troops in Afghanistan, claiming: “The intelligence finding was briefed to President Trump, and the White House’s National Security Council discussed the problem at an interagency meeting in late March, the officials said.”

President Donald Trump denied that he was briefed, writing on Twitter Sunday: “Nobody briefed or told me, @VP Pence, or Chief of Staff  @MarkMeadows about the so-called attacks on our troops in Afghanistan by Russians, as reported through an ‘anonymous source’ by the Fake News @nytimes.”

“Everybody is denying it & there have not been many attacks on us Nobody’s been tougher on Russia than the Trump Administration. With Corrupt Joe Biden & Obama, Russia had a field day, taking over important parts of Ukraine – Where’s Hunter? Probably just another phony Times hit job, just like their failed Russia Hoax. Who is their ‘source’?” the president asked.

Schiff, who has acknowledged President Donald Trump was never briefed on the so-called intelligence, has thus far refused to disclose that his staff was personally briefed. The revelation raises serious questions that Schiff is once again politicizing, and perhaps even deliberately misrepresenting, key data for partisan gain, The Federalist reported. Continued Below

On Tuesday, a reporter asked Adam Schiff if he had any knowledge of the Russia story prior to the New York Times report, but the California Democratic said: “I can’t comment on specifics.”

He also claimed during a press conference: “There may be a reluctance to brief the president on things he doesn’t want to hear and that may be more true with respect to Putin and Putin’s Russia than with respect to any other subject matter. Many of us don’t understand his affinity to that autocratic ruler who means our nation ill. So if there is a problem with willing to brief the president with intelligence he doesn’t want to hear, that’s a problem for our entire nation’s security.”

The Federalist reported that Patrick Boland, a spokesman for Schiff on the intelligence committee, did not respond to a request for comment on Schiff’s inaction and declined to say why Schiff withheld the information from Congress for months. Boland also did not explain why travel records regarding the Congressional staff delegation trip to Afghanistan had not yet been disclosed in the Congressional Record as required by law. Continued Below

The US national security adviser has said a CIA official tasked with briefing the president decided not to tell him about reports that Russia paid bounties to the Taliban for killing American soldiers because it was “unverified intelligence”, The Guardian reported Wednesday.

“The president’s career CIA briefer decided not to brief him because it was unverified intelligence,” Robert O’Brien told Fox News, adding: “She made that call and, you know what, I think she made the right call, so I’m not going to criticize her. And knowing the facts that I know now, I stand behind that call.”

Adam Schiff, on Wednesday, told MSNBC’s Rachel Maddow that he “cannot comment on classified information”, but said the reporting from The New York Times contains “extraordinary detail” and “mention[s] numerous people they interviewed as sources for the story”.

However, in the Times’ reporting, the paper does not list names, but rather cites “officials” and “sources”. Video Below

Americans are outraged by reports that Russia offered bounties on U.S. troops.

The only American who isn't? Donald Trump. Trump is again taking the Kremlin’s side and calling it a hoax.

This is no hoax, Mr. President. But it is time you put our troops first, instead of Putin. pic.twitter.com/eLid6i0DyE

Adam Schiff's top aides were briefed on Russia bounty suspicions. In February. In Afghanistan. Schiff didn't think it was significant enough to alert colleagues on Intel committee, held no hearings, told no one, did nothing. New from me and @seanmdav https://t.co/oZ4NR6NyvD

(Related: Schiff Urges Congress To ‘Do What They Can To Constrain’ Trump Through The Remainder Of His Presidency)