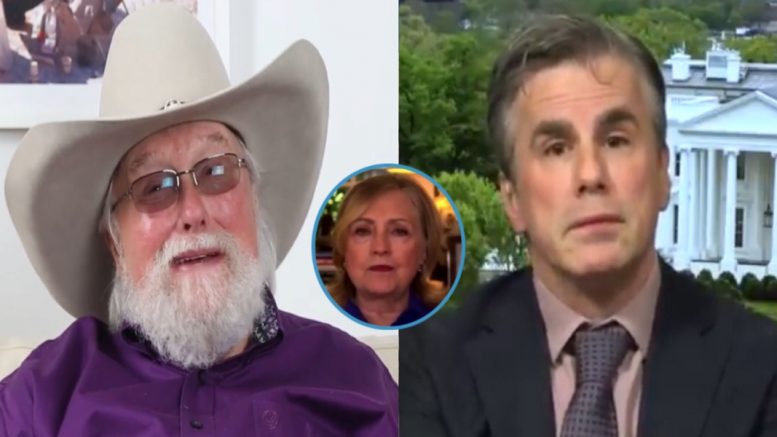 Country Music legend Charlie Daniels, best known for his 1979 hit “The Devil Went Down to Georgia,” passed away Monday of a hemorrhagic stroke. He was 83.

Daniels’ death was confirmed by his publicist, Don Murry Grubbs. He is survived by his wife, Hazel, and son Charlie Daniels Jr., reported Tennessean.

“Few artists have left a more indelible mark on America’s musical landscape than Charlie Daniels. An outspoken patriot, beloved mentor, and a true road warrior, Daniels parlayed his passion for music into a multi-platinum career and a platform to support the military, underprivileged children, and others in need,” a statement from Daniels’ representatives reads.

In addition to his music, Daniels was a major advocate for several causes that were close to his heart including supporting the U.S. military with The Journey Home Project, which he founded in 2014 with his manager, David Corlew, to help veterans.

The country music legend was also very vocal on Twitter, especially in regard to politics. Everyday Charlie Daniels tweeted, “Benghazi ain’t going away!”, in reference to the four Americans who were killed during an attack on an American diplomatic post in Benghazi, Libya on Sept. 11, 2012.

In 2013, former Secretary of State Hillary Clinton testified about Benghazi before the Senate Foreign Relations Committee and the House Foreign Affairs Committee. In the most memorable moment from her testimony, Clinton said: “What difference, at this point, does it make? It is our job to figure out what happened and do everything we can, to prevent it from ever happening again.” Continued Below

In 2014, the House formed a special committee to continue an investigation over Benghazi and Hillary Clinton. In 2015, the Select Committee found that Clinton used her own personal email account and not an email issued by the State Department.

On June 2, attorneys for Clinton and Mills attended a telehearing with the D.C. Circuit. Judges heard arguments regarding a petition to reverse Lamberth’s March 2 ruling that Clinton and Mills be required to give in-person depositions to Judicial Watch.

On Monday after the passing of Charlie Daniels, Judicial Watch President Tom Fitton took to Twitter, expressing: “RIP, Charlie Daniels. And, no, #Benghazi ain’t going away!”

RIP, Charlie Daniels. And, no, #Benghazi ain't going away!

And he declared, “Let’s get #Benghazi trending for Charlie Daniels.”

Leftists angry because #Benghazi is trending thanks to new @JudicialWatch revelations. https://t.co/KbUBbDrLGt

In a June 25 press release from Judicial Watch, they announced that the U.S. Department of Justice (DOJ) released 80 pages of records that show top Obama White House officials scrambling to “evolve” its false claims that the September 11, 2012, terrorist attacks on U.S. Government facilities in Benghazi, Libya, began “spontaneously” in response to an anti-Muslim video on the Internet. The emails show top Obama White House official Ben Rhodes and Clinton State Department Deputy Chief of Staff Jake Sullivan joking about being called “liars” and “leakers.”

Heavily redacted FBI documents that have been released show that General Michael Flynn was one of several Trump campaign members who who was targeted under the Obama administration during the now infamous “Crossfire Hurricane” investigation. Flynn even got his own codename: “Crossfire Razor.”

Rest In Peace Charlie Daniels. To Charlie’s family, you will forever remain in our hearts and prayers. Charlie will now be one of the great warriors fighting for America and bringing his music to heaven🙏🇺🇸
⁦@TJHproject⁩
⁦@CharlieDaniels⁩ pic.twitter.com/lFwNeQEvbb

(Related: Charlie Daniels On Schumer Threatening SCOTUS Justices: “You Can’t Wiggle Or Spin Your Way Out This Time”)