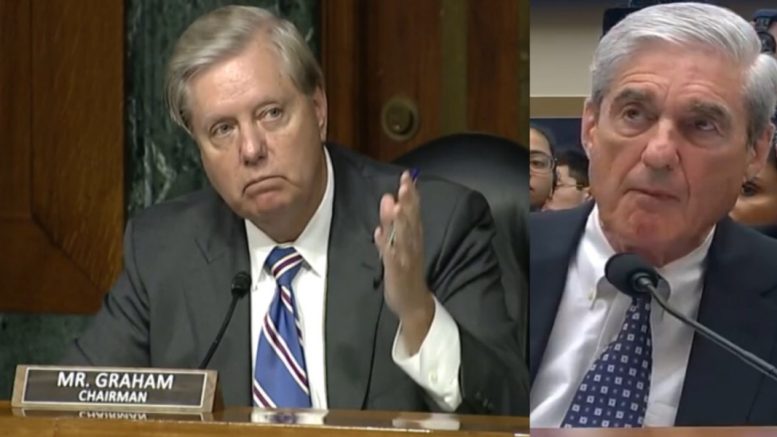 Senator Lindsey Graham (R-SC) tweeted on Sunday that he will grant a request from his Democrat colleagues to call Robert Mueller to testify before the Senate Judiciary committee.

This comes after the former special counsel penned an op-ed, speaking out against President Donald Trump’s decision to commute the sentence of Roger Stone.

Mueller broke his yearlong silence Saturday, defending the prosecution of Roger Stone and the broader investigation into Russian interference in the 2016 election. In an op-ed published in The Washington Post, Mueller said the flamboyant political operative was “prosecuted and convicted because he committed federal crimes,” USA Today reported.

“He remains a convicted felon, and rightly so,” Robert Mueller wrote.

The chairman of the Senate Judiciary Committee took note of Mueller’s remarks and announced he will call Mueller to testify amid his committee’s oversight of the Russia investigation.

“Apparently Mr. Mueller is willing – and also capable – of defending the Mueller investigation through an oped in the Washington Post,” Senator Graham tweeted. Continued Below

In a letter to Graham last year, Senate Democrats said Mueller’s report, while comprehensive, leaves many outstanding questions, including about Trump’s personal and business ties in Moscow and his campaign’s efforts to obtain emails damaging to then-Democratic presidential candidate Hillary Clinton, per USA Today.

“We believe Robert Mueller would be best-suited to answer these and other questions – from both sides of the aisle – and we feel the Committee would benefit greatly from his testimony,” according to the letter. Video Below

That request will be granted.