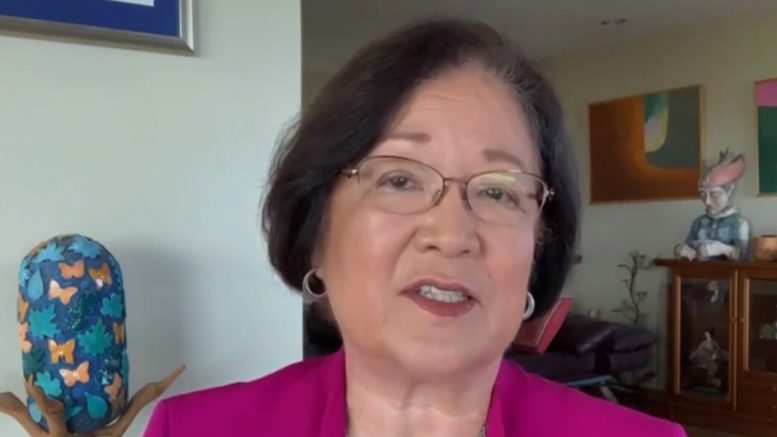 The Democratic Senator made the remark as she told the MSNBC host “we should be dealing with the racism in our country to which the president speaks to” amid the protests and riots that occurred after the death of George Floyd.

Senator Hirono went on to allege: “[President Trump] has a base of supporters who are very anti-immigrant and white supremacists . That’s who– that’s a lot of his base. That’s who he speaks to, so the divisiveness continues.”

He has also referred to her  as a “crazy female senator” and “like a crazed person.”