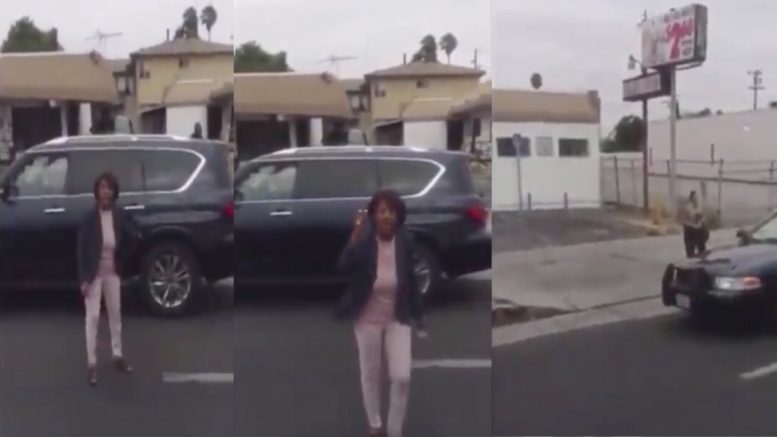 Rep. Maxine Waters (D-CA) was seen in a video clip, pulled over watching a traffic stop, after a police officer “stopped a brother”, in Los Angeles, California.

The California Democrat was driving in her home district over the weekend when she parked her car and walked over to the L.A. County Sheriff patrol car, TMZ reported.

“They stopped a brother so I stopped to see what they were doing,” Rep. Maxine Waters said. “They said I’m in the wrong place, and they’re going to give me a ticket. That’s okay, as long as I watch them.”

Congresswoman Maxine Waters (D-CA 43) making sure the brother pulled over is having his rights protected! Queen! pic.twitter.com/sT9Mk3Tz7X

Last month, the Los Angeles City Council’s Budget and Finance Committee adopted a measure that would cut between $100 million and $150 million from the LAPD’s budget.

Cutting the #LAPD budget means longer responses to 911 calls; officers calling for backup won’t get it; rape, murder & assault investigations won’t occur or will take forever to complete. An arbitrary cut of $150m will have a huge impact on our community. https://t.co/OlvgVysxQz

(Related: Maxine Waters Urges Americans ‘Do Not Listen’ To President Trump On How To Handle COVID-19)