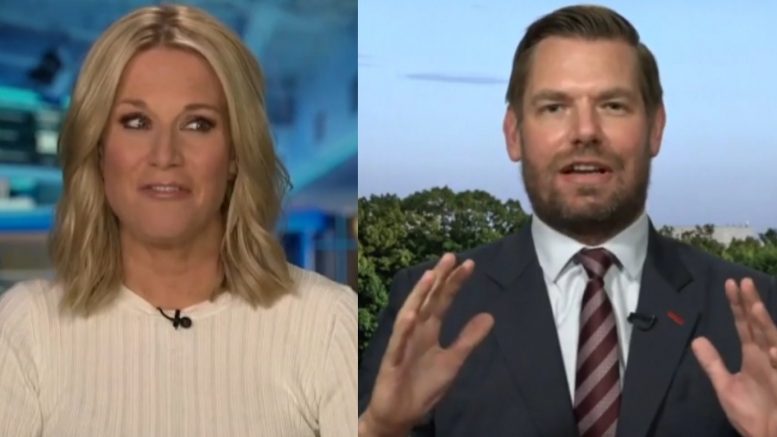 Fox News host Martha MacCallum went head to head against Democrat Congressman Eric Swalwell, who tried to rejuvenate the notion that President Trump has ties to Russia and “constantly lies about the Russians.”

The conversation was sparked by new evidence that shows the FBI planted a counter-intelligence agent in a Trump/Flynn briefing in order to collect evidence for their Russia probe that they were secretly conducting.

In regards to reports of newfound shady tactics used by the FBI to investigate Trump, Swalwell claimed, “They were right to do it.”

As proof to justify why intel agencies had the right to spy on the Trump campaign, Swalwell mentioned that President Trump sarcastically called for Russia to hack Hillary’s emails while speaking at a live campaign event in 2016.

“In front of an enormous crowd on national television,” MacCallum fired back. “You think that’s something sneaky and spying?”

“I’m just blown away that that’s your answer,” she added after reiterating that there was no evidence that Trump’s campaign was working with Russia at the time Trump made the remarks.

Then after Swalwell tried to lay out why he thinks Trump “constantly lies about the Russians,” MacCallum leveled him when she said, “President Trump was under investigation. Jim Comey said he was not. He said that to Congress under oath. So the President was indeed under investigation…You have to do it properly. You have to base it on evidence.”

“Eric, don’t be ridiculous,” she added. “That meeting was thoroughly investigated, and you know as well as I do that they came up with nothing from that meeting.” Video Below