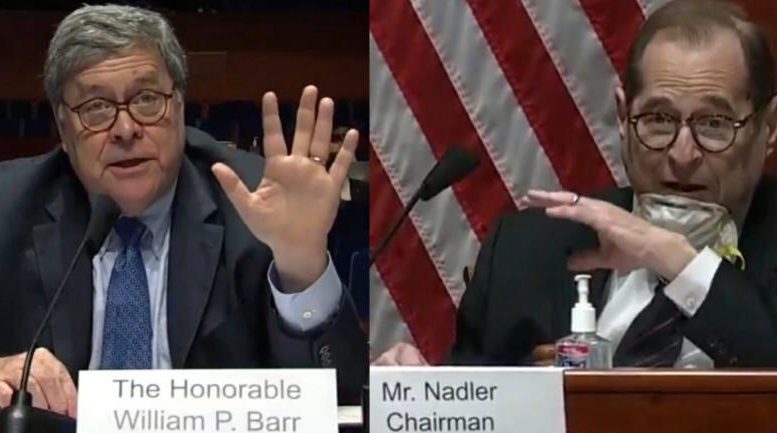 The attorney general fired back at Nadler, calling the legislator a “real class act”.

“I waited an hour for you this morning. I haven’t had lunch. I’d like to take a five-minute break,” the top law enforcement officer of the country told the chairman of the committee.

“Mr. Attorney General, we are almost finished. We’re gonna be finished in a few minutes. We could certainly take a break, but…”, Nadler told Barr, which prompted the attorney general to fire back: “You’re a real class act.” Continued Below

Rep. Jim Jordan interjected to tell Nadler: “No. He wants a break now, and you just put your rudeness– I think we’re seeing it on display. Let’s let the attorney general have a break.”

Nadler ultimately let the committee have a five minute recess, which the attorney general kindly thanked the House Judiciary chairman.

Before the hearing started, Nadler was involved in a car accident Tuesday morning on his way to Washington but was not injured, a Nadler spokesman said — in turn delaying a highly anticipated hearing with Attorney General Bill Barr. The hearing was delayed about an hour on Tuesday morning. Video Below