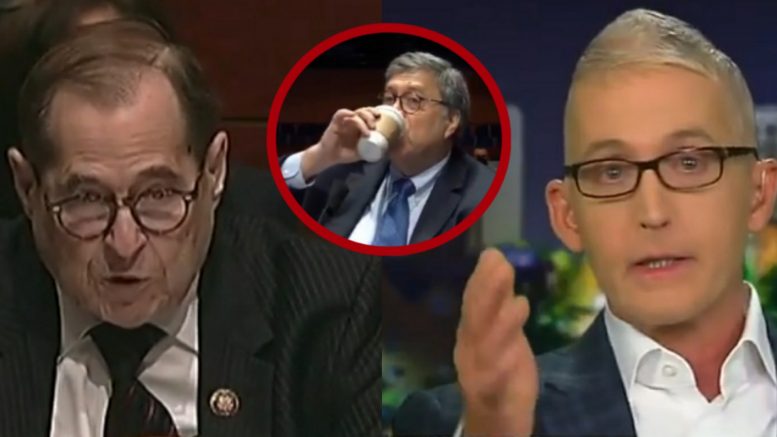 Throughout the hearing, Nadler and his Democrat colleagues on the committtee repeatedly attacked Barr for taking action against violent protesters, and they accused him of doing so in pursuit of “obvious political objectives.”

Democrats barely gave Barr time to respond to their accusations and questions, often interrupting him or not letting him respond at all. Barr, however, kept his cool and seized every opportunity to throw Dems treatment of him back in their face, while justifying the DOJ’s actions as nothing more as measures taken to keep Americans safe and secure.

Trey Gowdy praised Barr’s over his testimony and claimed it gave Americans a chance to see “what a serious, grown-up Attorney General can do for this country.”

“It makes me wish and wonder where we would be if he had been the AG from day one — if Bill Barr had been the President’s first AG,” Gowdy told Sean Hannity.

“And as for Jerry — crazy Uncle Jerry — now you know why the Democrats kept him hidden in the attic during impeachment,” Gowdy added. “They didn’t want him anywhere near impeachment.”

“And for anybody who wondered why the chairman of the judiciary had no role in impeachment, today you figured it out,” he declared. Video Below

In ending, here is a video of Barr dropping the mic on Rep. Dean while she grilled him:

Barr 100% bought that coffee in anticipation of this moment
pic.twitter.com/nO13Z1g0Ui