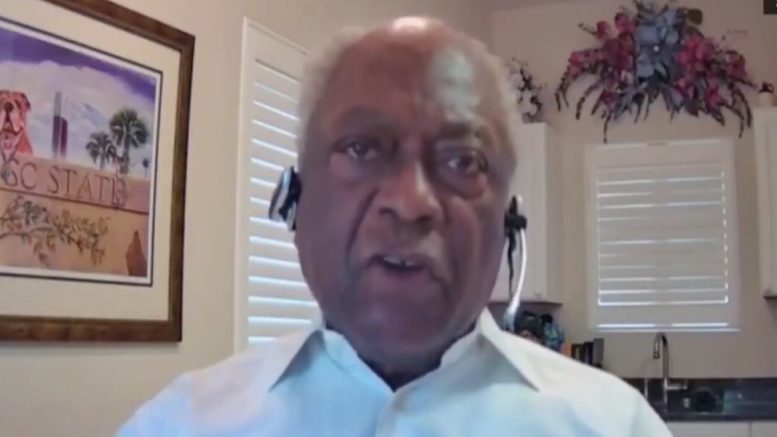 Sunday on CNN’s “State of the Union”, host Dana Bash pressed House Majority Whip Rep. James Clyburn (D-SC) over comments he had made Friday during an interview with PBS with Judy Woodruff.

Clyburn told Woodruff: “This president doesn’t plan to have an election. He isn’t planning to give up the office. He thinks that the American people will be duped by him like the people of German was duped by Adolf Hitler.”

Dana Bash pressed Rep. Clyburn over his comments, asking: “Do you really think Donald Trump is comparable to Adolf Hitler?”

“I believe very strongly that this guy never had any idea about being – want to peacefully transfer power. I don’t think he plans to leave the White House. He doesn’t plan to have fair and unfettered elections,” the Democratic lawmaker continued. “I believe that he plans to install himself in some kind of emergency way to continue hold onto office.”

“And that’s why the American people had better wake up. I know a little bit about history, and I know how countries find their demise,” Clyburn added. Video Below

“I don’t think he plans to leave the White House. He doesn’t plan to have fair and unfettered elections. I believe that he plans to install himself in some kind of emergency way to continue to hold onto office,” Democratic Rep. James Clyburn says about Pres. Trump. #CNNSOTU pic.twitter.com/q0CgdTwWcX

In a separate interview on “Fox & Friends”, Rep. Clyburn was asked about protesters who burnt Bibles in Portland.

Later, after months of rioters targeting the federal courthouse in Portland, he asks, “what federal building has been under threat?”https://t.co/VbZVaxp2Ev pic.twitter.com/NUPYi8jb6y

(Related: James Woods Declares The Democratic Party Has Been ‘Hijacked’ & Is A ‘Vampirized Husk, Gone Forever’)