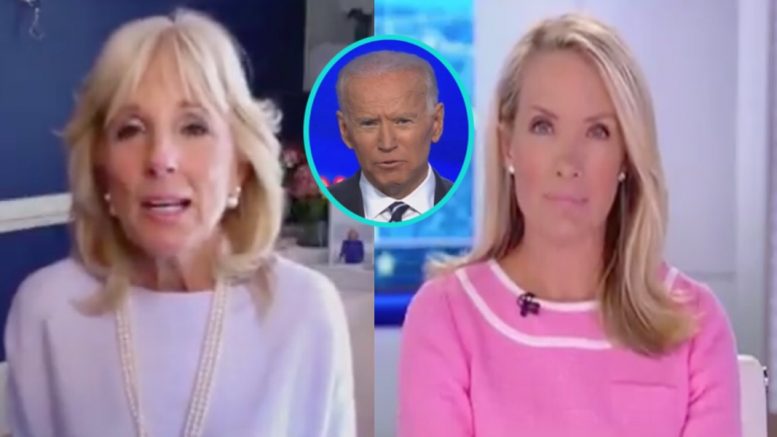 The question was posed to Dr. Biden after Bill Clinton’s former White House spokesperson Joe Lockhart urged Joe Biden not to debate President Donald Trump in an op-ed for CNN last week, writing: “Whatever you do, don’t debate Trump.”

“Trump has made more than 20,000 misleading or false statements according to the Washington Post. It’s a fool’s errand to enter the ring with someone who can’t follow the rules or the truth,” Lockhart argued. “Biden will undoubtedly take heat from Republicans and the media for skipping the debates. But it’s worth the risk as trying to debate someone incapable of telling the truth is an impossible contest to win.”

Dana Perino asked Dr. Jill Biden: “Last week, former White House press secretary Joe Lockhart– he worked of course for Bill Clinton, he’s a Democrat supportive of your husband, said ‘Whatever you do, don’t debate Trump.’ Wondering if you can settle this for us. Will the [former] vice president debate Donald Trump this fall?”

“Oh yes, he will,” Biden responded. “I think it’s three debates that they decided on. So yeah, he’ll be there.”

Asked if she thinks it is “unhelpful for other Democrats to suggest that Biden shouldn’t debate the president”, Dr. Jill Biden replied, “Oh. I didn’t even realize he had written the article. Joe will make up his own mind.” Video Below

.@DanaPerino asks Jill Biden if Joe Biden will show up to the debates against President Trump:

(Related: Jill Biden: “A Lot Of Republicans Are Going To Vote For Joe … A Lot Of His Supporters Have Become Disillusioned”)