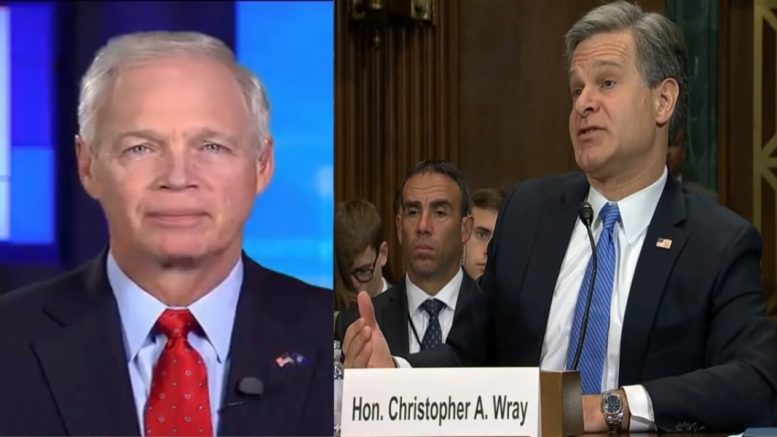 The Senate Homeland Security Committee on Monday subpoenaed the FBI and Director Christopher Wray as part of its broad review into the origins of the Russia investigation.

The subpoena demands that Christopher Wray produce “all records related to the Crossfire Hurricane investigation.” “This includes, but is not limited to, all records provided or made available to the Inspector General of the U.S. Department of Justice for its review,” the subpoena states, referring to DOJ Inspector General Michael Horowitz’s review of abuses related to the Foreign Intelligence Surveillance Act (FISA).

The subpoena also demands “all records related to requests” to the General Services Administration or the Office of the Inspector General for the GSA for “presidential transition records from November 2016 through December 2017.”

The FBI must provide these documents to the committee by Aug. 20 at 5 p.m. ET, according to the subpoena.

In June, the committee voted to authorize subpoenas to the FBI and other agencies for records and testimony from Obama-era officials related to the bureau’s original Russia investigation and the Justice Department inspector general’s review of that probe. Video Below

“It was [Inspector General Michael] Horowitz, during his investigation of the warrant application– found information in 2018, where the FBI was called to the Senate [Intelligence] Committee, because people were getting suspicious about the sub-source, the Russian guy, at the Senate Intel Committee level. And the FBI was sent over to brief them, and this is the report they prepared before the briefing,” Sen. Graham explained. Continued Below

Sen. Graham continued: “And they did to the Senate Intel Committee– the FBI did to the FISA court. They misled the hell out of them. They said there’s no evidence from the sub-source to suggest that [Christopher] Steele fabricated anything in the dossier. Actually, the sub-source said it was all ‘bar talk, hearsay, speculation, and conjecture.’ And the whole sexual activity of the president was made it jest. So they completely misrepresented to the Senate Intel Committee in 2018– what the sub-source told the FBI in 2017.”

Maria Bartiromo tweeted that it was Andrew McCabe who briefed the senate intel committee on Feb 14, 2018:

the FBI has been sitting on docs for yrs, making it so hard for any investigator to prove anything -how come we just learned that McCabe briefed senate intel on 2/14/18 & misled abt dossier 1 year after subsource said it was hearsay @SundayFutures @FoxNews https://t.co/7ZyMfDmb0Z pic.twitter.com/o78VfPI7FQ