Democratic representative Alexandria Ocasio-Cortez (NY) has a plan to “help” the United States Post Office amid the post office controversy.

In a video shared on Twitter, AOC is seen proposing to her supporters a “national progressive pen-pal program” to boost stamp sales.

“I have been thinking about ways to help you help the post office,” Rep. Ocasio-Cortez said.

“And I think I’ve got an idea,” she continued. “And I’m interested in hearing your thoughts.”

“So one of the best ways in supporting the post office is to buy stamps,” the New York congresswoman claimed. “What do you all think? Would you guys be down and excited if I set up a national progressive pen pal program?”

“[We would] do all the work of connecting you to somebody else. We would offer maybe some conversation prompts or postcard prompts, and even like a printable postcard format. You just send it out. Would you guys be down? Do you like that idea?” she asked. Video Below

In a bid to revitalize the USPS, @aoc proposes a “national progressive penpal program” to boost stamp sales. pic.twitter.com/UzTNdz2Moq

Meanwhile, Democrats plan on Tuesday to “participate in a Day of Action” by “appearing at a Post Office for a press event”. 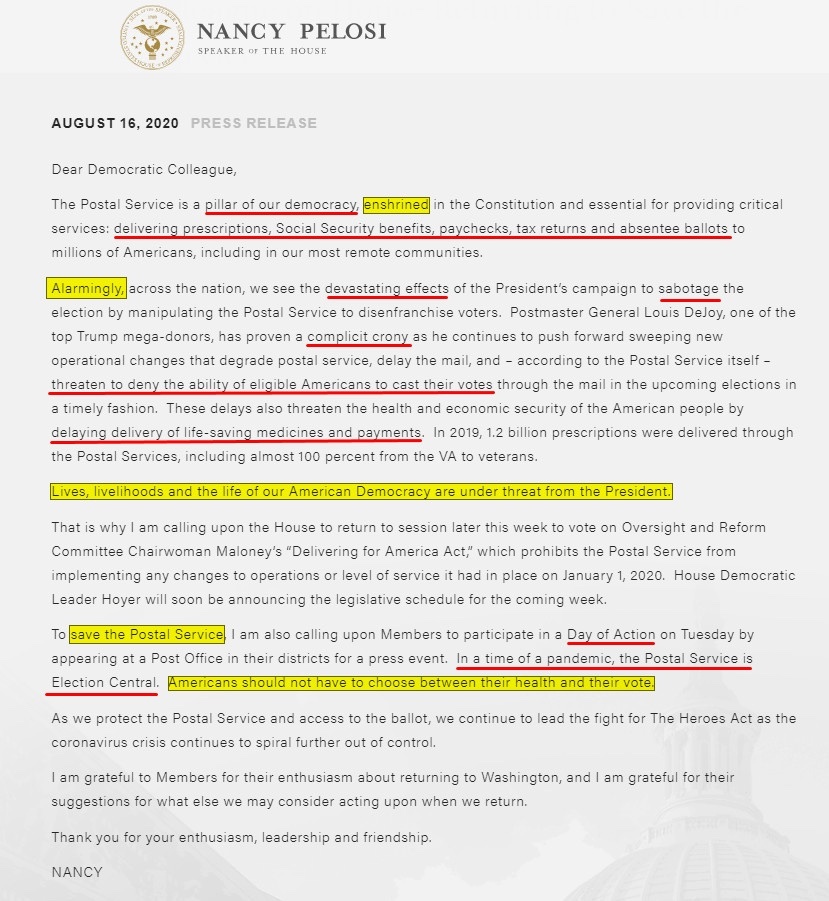 People are looting luxury stores looking for bread and you want them to spend money on stamps?

Won’t she think of the environmental impact of physical messages vs digital ones?

Will someone pls walk drunk girl back to her dorm?

Oh my God. I actually thought this was a joke until I heard her say it.

How’s the Green New Deal feel about all of the paper usage? Good grief she contradicts herself almost on a daily basis

Can Barney the Dinosaur come to the kick off party of the program? pic.twitter.com/sQiQdbHM2f

"One of the best ways to support the Post Office is to buy stamps," says @AOC. But that's true 𝘰𝘯𝘭𝘺 𝘪𝘧 𝘺𝘰𝘶 𝘯𝘦𝘷𝘦𝘳 𝘶𝘴𝘦 𝘵𝘩𝘦𝘮, which means her penpal scheme would have no beneficial financial impact at all. https://t.co/NkPrEq3thz

(Related: Rep. Pressley On Mail-In-Voting: “There Needs To Be Unrest In The Streets For As Long As There Is Unrest In Our Lives”)