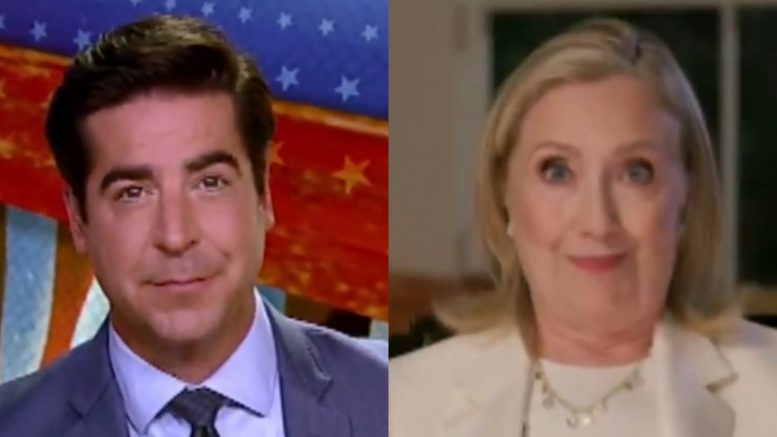 Jesse Watters unleashed a strong reaction to remarks Hillary Clinton made during her appearance at the Democratic National Convention.

In her speech that was aired during the DNC, Hillary insinuated that President Trump cheated his way to victory in 2016, and she encouraged Democrats to flock to the polls by the masses to stop it from happening again.

“Don’t forget, Joe and Kamala can win by three million votes and still lose — take it from me,” Hillary asserted. “So we need numbers overwhelming so Trump can’t sneak or steal his way to victory.”

In response, Jesse Watters said, “Hillary accusing Trump of cheating is like the mob accusing someone of fixing a fight.”

“She literally paid for Russian interference,” he continued. “She can get away with this because the press won’t ask her about it. Hillary’s never been asked about paying for the Steele Dossier.”

.@JesseBWatters says This is personal for Obama. If Biden doesn’t win Durham can finish his investigation into #ObamaGate. pic.twitter.com/liVR3hbk6N

We leave you with Part 1 and Part 2 of Jesse Watters’ full commentary on his Saturday night program: