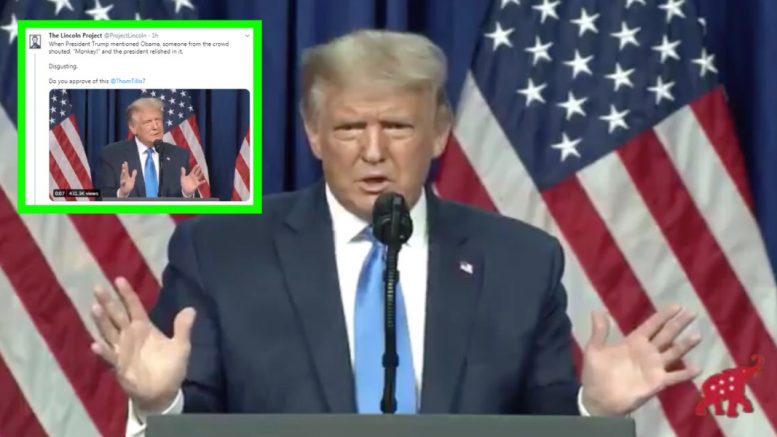 In an in-person roll call vote, Republicans officially re-nominated President Trump to represent their party on the ballot in the Nov. 3 presidential election, locking in the GOP ticket for an electoral battle against Democratic presidential nominee Joe Biden and his running mate, Sen. Kamala Harris, Fox News reported.

President Donald Trump traveled to North Carolina on Monday, making a surprise appearance at the Republican National Convention and where he accepted his nomination for president and spoke to the crowd.

While speaking to the crowd in North Carolina, the President warned that Democrats are trying to push a “Post Office scam”, saying, “Bad things happened last time with the spying on our campaign … and this time they’re trying to do it with the whole Post Office scam … be very careful and watch it very carefully. We have to win. This is the most important election in the history of our country.”

He went on to say, “They’re trying to steal the election from the Republicans. … Just like they did it last time with spying, and we caught them and that included President Obama [and former Vice President Joe Biden].

As the president was slamming the previous administration for allegedly spying, some members in the audience yelled out “Spy Gate”, “Sleepy Joe Biden” and “Drain the swamp”.

President Trump responded by saying, “Let’s be nice, Biden. This could only happen in North Carolina. But that included them and they got caught. And them somebody said, ‘Well, what are you going to do? Well, we can’t attack a president’. Oh I see. If it was me … We caught ’em, we caught ’em cold. … He was at meetings, talking about it. By the way, this was spying before and after. And I think it’s a disgrace to our country. I think we can never let that happen again. … They spied on my campaign, you know what they found? Nothing.” Video Below

Obama and Biden spied on the Trump campaign in 2016, and they got caught. "Spygate!" shouted an audience member. "Drain the swamp!"

Now the Democrats are doing something more dangerous: trying to steal the election with universal mail-in voting, which lends itself to fraud. pic.twitter.com/pUzcBghuHF

During a press briefing at the White House Rose Garden in May, a reporter asked the Commander in Chief about a tweet regarding “#ObamaGate”, in which the president tweeted, “He got caught, OBAMAGATE!” after the Department of Justice dropped charges against General Michael Flynn.

Documents unsealed in May by the Justice Department revealed FBI agents discussed their motivations for interviewing Flynn in the Russia probe– questioning whether they wanted to “get him to lie” so he’d be fired or prosecuted, or get him to admit wrongdoing. “What is our goal?” one of the notes read. “Truth/Admission or to get him to lie, so we can prosecute him or get him fired?”

Rep. Adam Schiff (D-CA) also released in May, the long-delayed declassified 57 transcript interviews from 2017-2018 that reveal what was said behind closed doors when lawmakers sought to determine whether members of the Trump campaign and Russia colluded. The transcripts reveal that more than a year into the probe, senior FBI and intelligence officials could offer no specific proof of collusion between Donald Trump’s campaign and Russia.

In addition, Connecticut U.S. Attorney John Durham’s investigation into the origins of the Russia probe has already led to one conviction, with former FBI attorney Kevin Clinesmith, who plead guilty and admitted that the altered an email to say that Carter Page was not a source for another government agency. Page has said he worked with the CIA. That email was part of a chain that was used as evidence in the final warrant renewal application in 2017. Continued Below

Meanwhile, the anti-Trump Republican group, The Lincoln Project, falsely accused the member in the audience at the Republican National Committee of shouting “monkey”, when President Trump mentioned former President Barack Hussein Obama regarding his administration spying on his 2016 campaign.

What was really said from the audience member was “Spy Gate” when the president was discussing the spying on this campain. Another member yelled “Sleepy Joe” and “Drain the swamp”, which prompted the president to respond, “Let’s be nice, Biden.”

The Lincoln Project ultimately deleted their tweet without an explanation or a correction. Twitter on the other hand, let the word “Monkey” trend on a false premise.

George Conway, Kellyanne Conway’s husband, announced on Sunday that he would be leaving his role at the Lincoln Project. 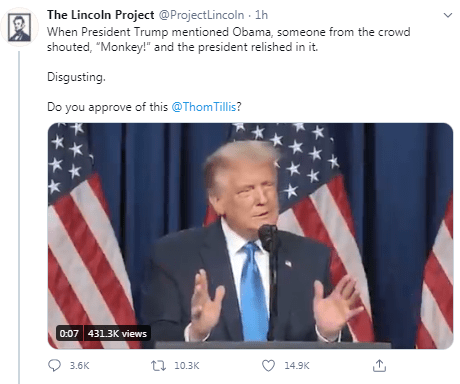 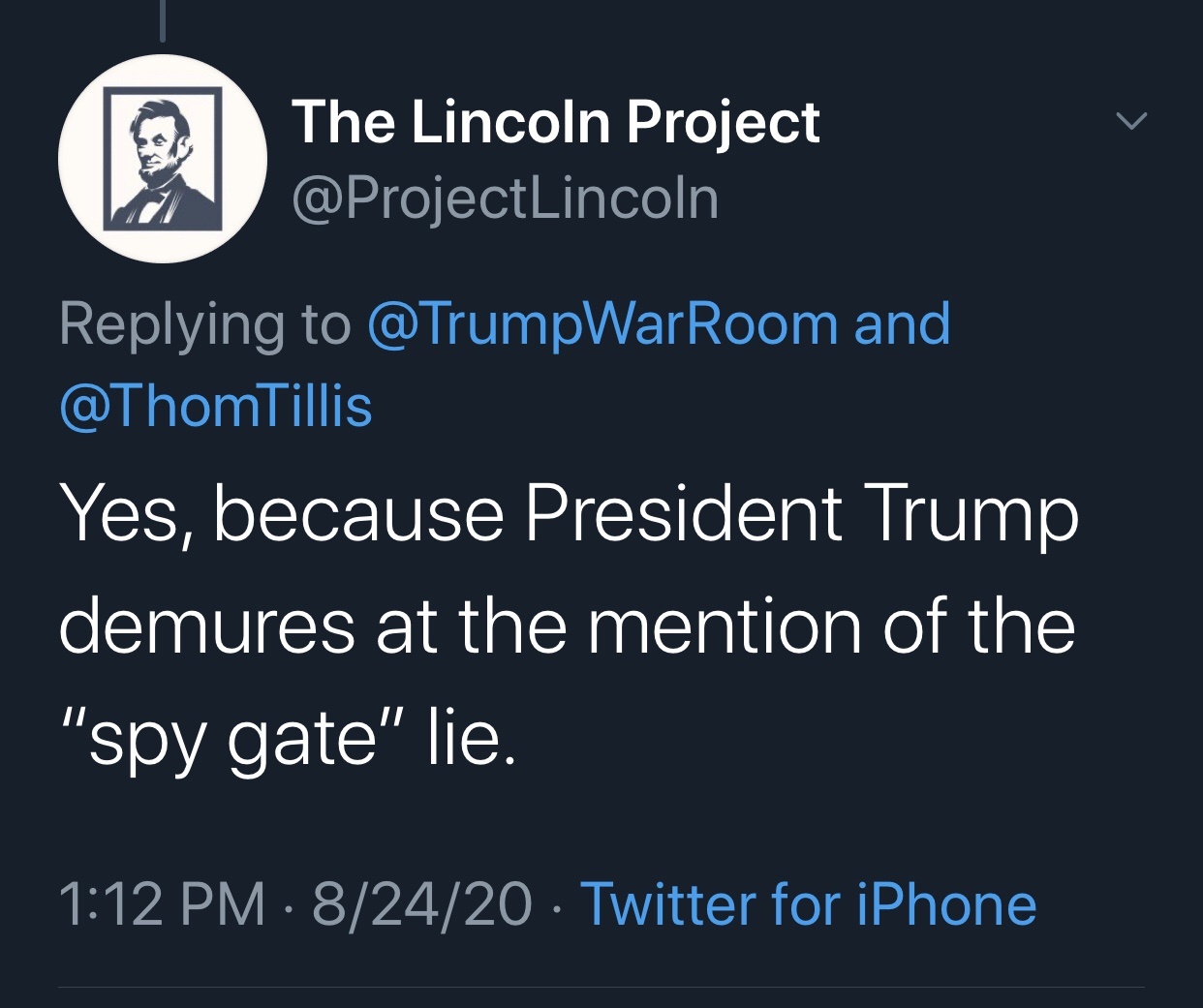 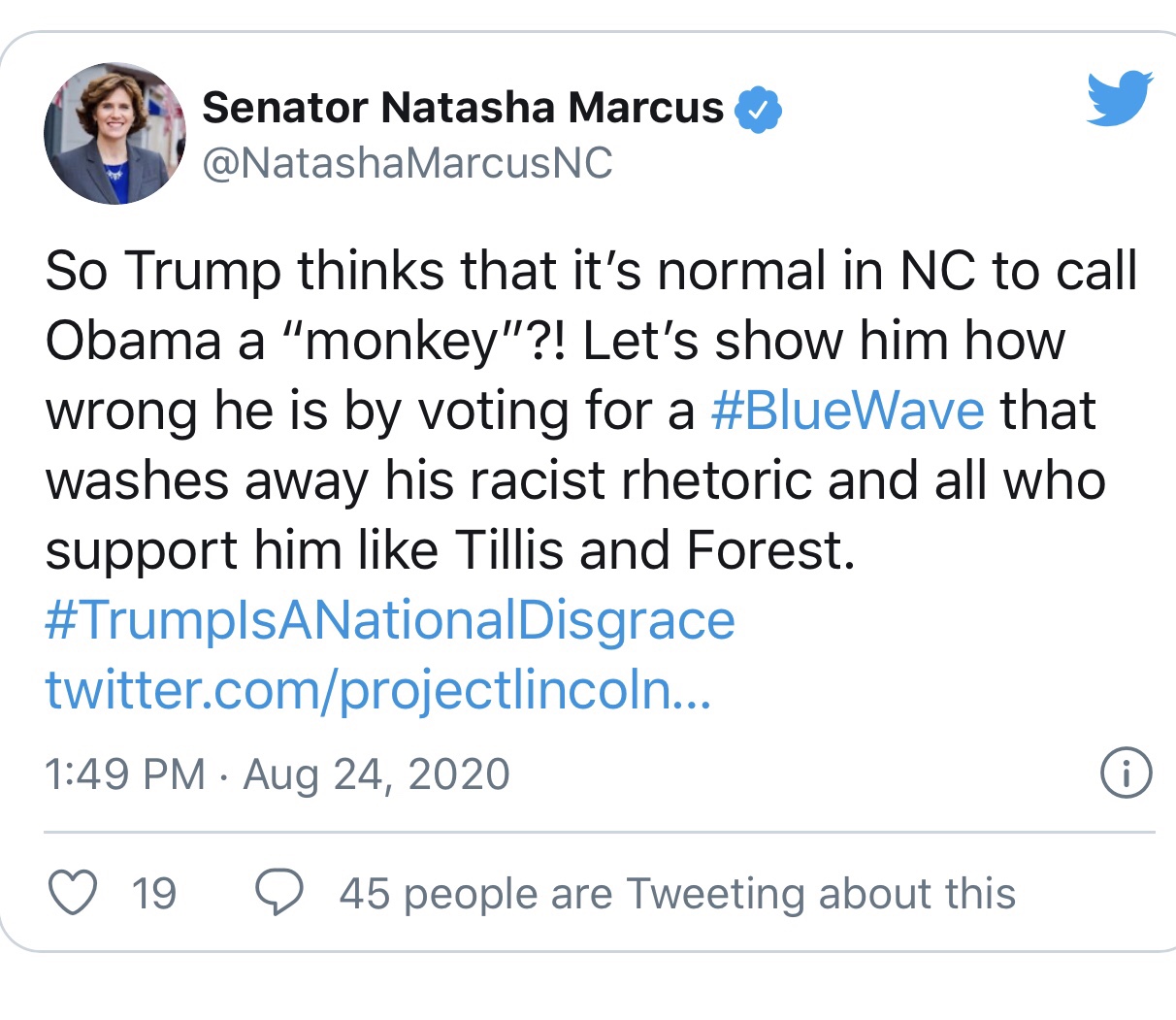 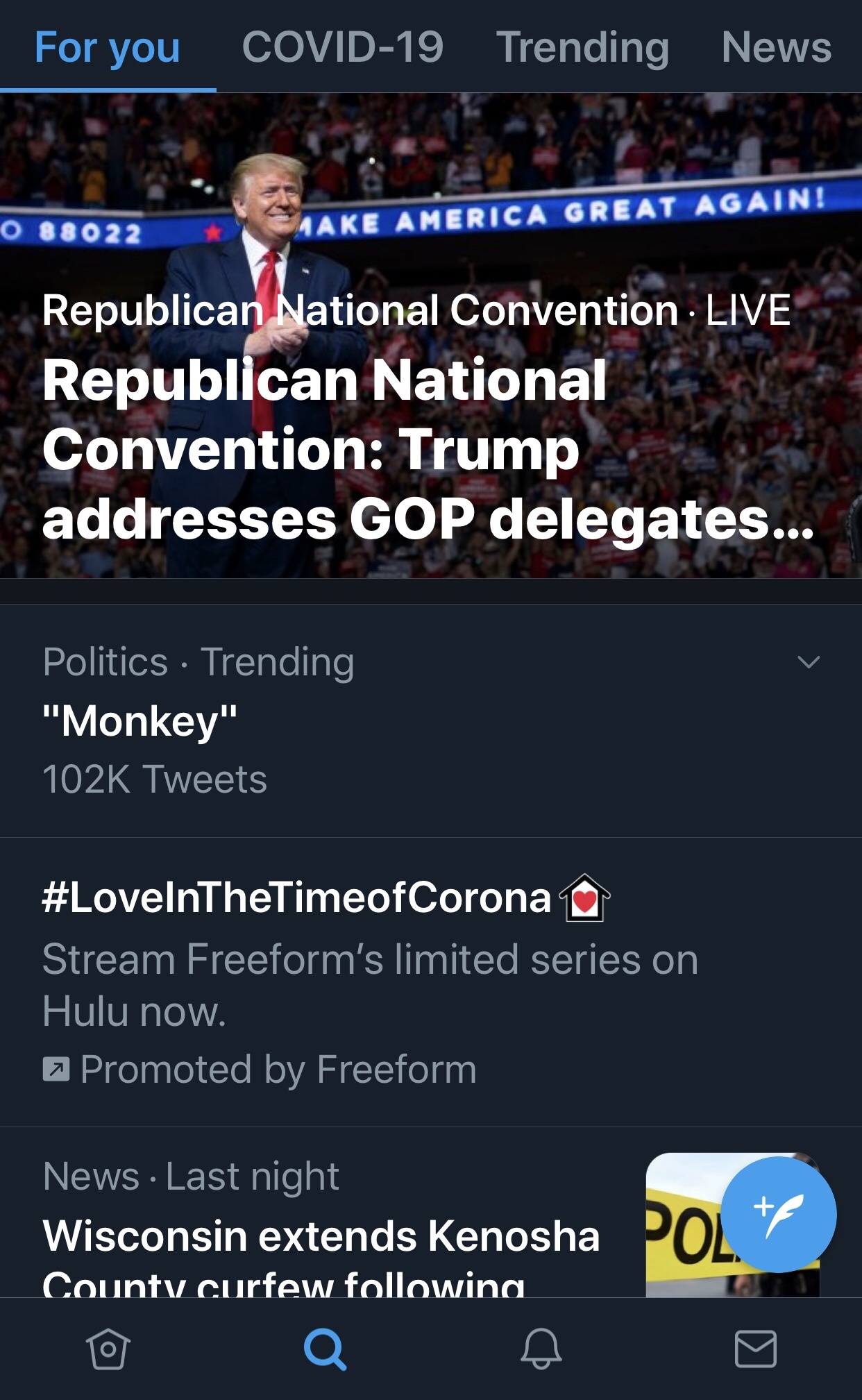