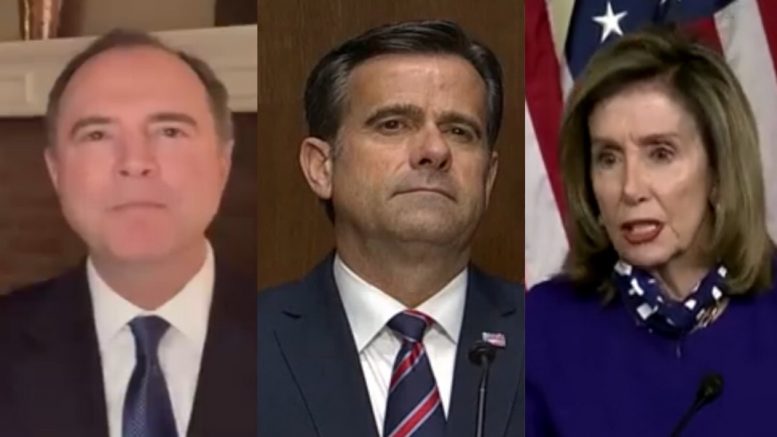 The Director of National Intelligence, John Ratcliffe, informed the House Intelligence Committee and Senate Intelligence Committee, in letter dated on Friday, that his office (ODNI) will no longer provide Congress with election security briefings, and opting to instead provide the lawmakers with written “intelligence products” amid concerns over leaks of sensitive information.

Director Ratcliffe wrote that the intelligence community has provided “more than 60 defensive briefings and election security updates to the U.S. Congress, including many not required by law”, including more than a dozen in the last month.

“While many of these engagements and products have been successful and productive, others have been less so,” Ratcliffe said in the letter.

“I believe this approach helps ensure, to the maximum extent possible, that the information ODNI provides the Congress in support of your oversight responsibilities on elections security, foreign malign influence, and election interference is not misunderstood nor politicized,” he wrote in part, informing the lawmakers.

“It will also better protect our sources and methods and most sensitive intelligence from additional unauthorized disclosures or misuse,” he added.

Meanwhile, the Director of National Intelligence’s letter appeared to frustrate House Speaker Nancy Pelosi (D-CA) House Intelligence Committee Chairman Adam Schiff (D-CA), prompting them to release a statement, claiming they “will consider the full range of tools available to the House to compel compliance.” Continued Below

“This is a shocking abdication of its lawful responsibility to keep the Congress currently informed, and a betrayal of the public’s right to know how foreign powers are trying to subvert our democracy. This intelligence belongs to the American people, not the agencies which are its custodian. And the American people have both the right and the need to know that another nation, Russia, is trying to help decide who their president should be,” the statement from Pelosi and Schiff said in part.

“ This is shameful and — coming only weeks before the election — demonstrates that the Trump Administration is engaged in a politicized effort to withhold election-related information from Congress and the American people at the precise moment that greater transparency and accountability is required. This keeps both the American people and the Congress in the dark, when both are in need of the information,” they claimed.

“We expect the Administration and Intelligence Community to keep us fully and accurately informed, and resume the briefings. If they are unwilling to, we will consider the full range of tools available to the House to compel compliance,” the lawmakers added. Continued Below

Earlier this month, the intelligence community released a statement, reporting that some countries are seeking to influence policy and elections. Iran is seeking to undermine President Trump and Russia is working to denigrate Democratic nominee Joe Biden. NCSC Director William Evanina also said China “prefers that President Trump – whom Beijing sees as unpredictable – does not win reelection”.

Rep. Adam Schiff posted the statement from Pelosi and him on Twitter Saturday:

The ODNI has cancelled all further briefings on foreign election interference.

The Administration clearly does not want Congress or the country informed of what Russia is doing.

The last DNI was fired for doing so, and the IC has now been fully brought to heel.

DNI Letter courtesy of The Hill

🚨Trump just gave Russia a green light to help him cheat the election. How much is our democracy worth to you? Because it’s being stolen. Please donate to @JoeBiden like it’s all on the line. Because it is: https://t.co/8cqOQN2Ny3 https://t.co/ZionqEWf4F