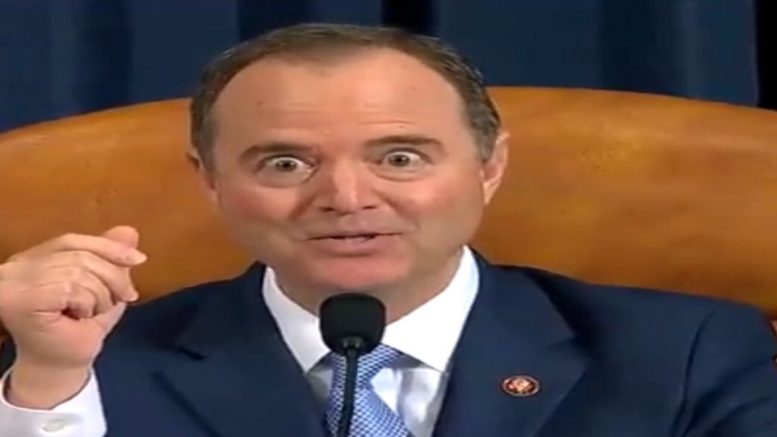 In a statement, Schiff said former Intelligence and Analysis Acting Under Secretary Brian Murphy filed the whistleblower reprisal complaint on Tuesday with the DHS Office of Inspector General.

This puts our national security at risk. We will investigate:https://t.co/Z7npo3P6zv

“We have requested Mr. Murphy’s testimony before the Committee, pursuant to subpoena if necessary, alongside other already scheduled interviews with other DHS officials,” Schiff said.

A spokesman for DHS fired back Wednesday: “The Department generally does not comment on the specifics of OIG referrals, but we flatly deny that there is any truth to the merits of Mr. Murphy’s claim,” the spokesman, Alexei Woltornist, said. “DHS looks forward to the results of any resulting investigation and we expect it will conclude that no retaliatory action was taken against Mr. Murphy,” Fox News reported.

The Office of the Director of National Intelligence announced last month that the ODNI will no longer provide Congress with election security briefings, and opted to instead provide the lawmakers with written “intelligence products” amid concerns over leaks of sensitive information.

Director of National Intelligence John Ratcliffe’s concern over leaks appeared to frustrate House Speaker Nancy Pelosi (D-CA) and Rep. Adam Schiff (D-CA), prompting them to release a statement last month, claiming they “will consider the full range of tools available to the House to compel compliance.”

.@DHS_Wolf: "To protect the integrity of our representative government, our ultimate goal must be to ensure that American voters decide American elections." #Homeland2020 pic.twitter.com/HvoEFelibn

"The right to choose one’s own leaders is rare in the course of history. The Department recognizes this fact and will continue to uphold the integrity of this indispensable American tradition." – @DHS_Wolf on why we won't let China, Russia, Iran interfere with our elections pic.twitter.com/ImttX1Vdtp

Republicans also pushed back against Schiff, who played a prominent role in promoting the whistleblower allegations during President Trump’s impeachment case, which the Commander in Chief was ultimately acquitted in the Senate.

For years Fake stories and investigations, then the phony Russia, Russia, Russia HOAX, next Ukraine and the failed Impeachment, now the crummy Atlantic Magazine’s MADE UP STORY, and lastly, the political hit job by rapidly fading Bob Woodward and his boring book. It never ends!

If Adam Schiff is saying it, then you can ignore it.
Thanks.
That’s all.

Schiff is back with yet another "whistleblower"! @RealDonaldTrump should cut off Schiff's access to any classified information. https://t.co/bwWGym3a1V

(Related:  Schiff Urges Congress To ‘Do What They Can To Constrain’ Trump Through The Remainder Of His Presidency)