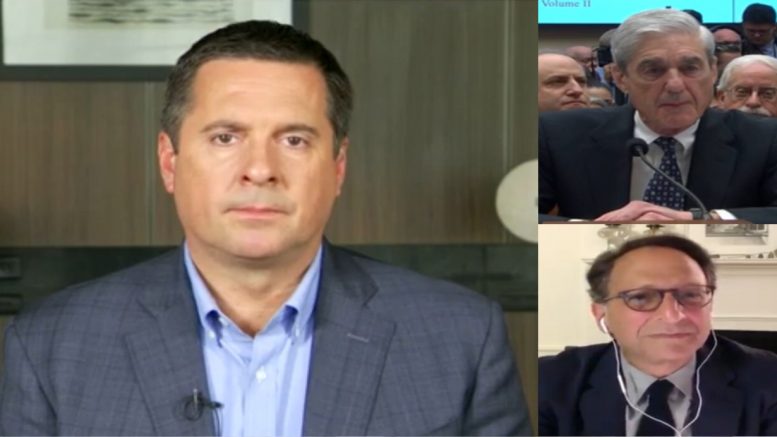 The records show at least several dozen phones were wiped of information because of forgotten passcodes, irreparable screen damage, loss of the device, intentional deletion or other reasons — and came before the DOJ’s Office of Inspector General (OIG) could review the devices, Fox News reported.

The documents were released in response to a Freedom of Information Act lawsuit filed by conservative watchdog group Judicial Watch and reveal that Mueller’s pit-bull Andrew Weissman, “accidentally wiped” his phone twice after entering the wrong passcode too many times in March 2018. Lawyer James Quarles’ phone “wiped itself” without his intervention, the records say.

.@JudicialWatch first asked for this info. nearly two years ago and sued a year ago. Only now is this chart released to us…. https://t.co/vFV4QH8uuY

“The way I look at this is thank God for Judicial Watch, who was able to actually fight the Department of Justice to get this information,” Rep. Devin Nunes expressed, noting that the phones were erased at an “interesting time”.

“This is when the love bird’s [Peter Strzok and Lisa Page] text messages were discovered. So clearly after that, everyone on the Mueller team went and wiped their phone. So the question here is, was there an investigation? [Be]cause if there was, that could be obstruction of justice. But I think regardless of that, this is destruction of federal records,” he said.

“We cannot have a justice system, whether it’s at the federal level or the state level, or the local level, where records are being destroyed, because that’s where we have a fair and equal justice system. If there’s misconduct of any kind, that you can go back and look at what the prosecutors were doing,” Nunes continued. Continued Below

The California congressman pointed out that that if he “were in General [Michael] Flynn’s shoes right now, I’d be furious”, adding, “I think all American should be upset about this. But for the Republican Party– the Republican Party has to prioritize this, that these guys are prosecuted and held accountable.”

“This was a witch hunt against our party, against a political party,” Rep. Nunes stated. “They politicized and weaponized, just like [DNI Director John] Ratcliffe said, ‘They weaponized this intelligence’. They knew.”

“Remember, all of these witch hunters on the Mueller team knew the day they walked in the door that there was no evidence of collusion. What they were doing is they set an obstruction of justice trap. … And here you have it, they wiped some 30 something phones? This is so, so wrong, it’s infuriating to me,” he proclaimed.

The Ranking Member also told Bartiromo that Congress does not have “handcuff” or “guns”, adding, “But this is why the Department of Justice has to reign these bad guys in. There has to be an investigation of this. It is possible there already is one.” Video Below

“Remember there’s the [U.S. Connecticut attorney John] Durham investigation. But there’s also 3 other U.S. attorneys from Missouri, from Pennsylvania and from Texas that are looking into the areas surrounding all of this. Hopefully, there’s already an investigation on this, I would hope, but if I’m in General Flynn’s shoes, I sure want to know what these prosecutors were doing,” he added.