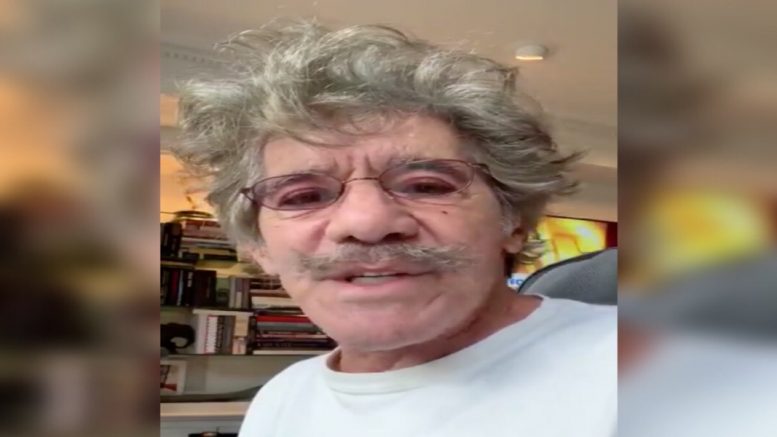 Both sheriff’s deputies were initially “fighting for their lives” at St. Francis Medical Center in Los Angeles following the Saturday night shooting outside a Metro train station in Compton. The deputies are expected to survive.

The gunman walked up on the deputies and opened fire without warning or provocation:

Update: The gunman walked up on the deputies and opened fire without warning or provocation. pic.twitter.com/cBQjyKkoxJ

The Los Angeles County Board of Supervisors on Sunday authorized a $100,000 reward for information leading to the arrest and conviction of the gunman.

L.A. County Sheriff’s Department, in an update, had confirmed that an unlawful assembly was declared as protesters blocked the entrance and exit to the area hospital emergency room. “To the protesters blocking the entrance & exit of the HOSPITAL EMERGENCY ROOM yelling ‘We hope they die’ referring to 2 LA Sheriff’s ambushed today in #Compton: DO NOT BLOCK EMERGENCY ENTRIES & EXITS TO THE HOSPITAL. People’s lives are at stake when ambulances can’t get through,” L.A. County Sheriff’s Department tweeted.

Geraldo Rivera reacted to the news, saying, “You saw the two L.A. County Sherriff Deputies being shot at point blank range in a brazen, violent, brutal attack. Both sheriffs miraculously, are expected to survive. We are very happy about that. We are very disgusted, however, … I am disgusted by the fact that there were anti-police protesters attempting to block access to the emergency room by EMT’s carrying the wounded sheriffs.” Continued Below

“The protesters actually physically tried to stop them from going into the emergency room. It is absolutely disgusting. Everyone of these blatantly dystopian offenses make it more likely that Donald Trump will be reelected. Have the Democrats even denounced these foul deeds yet? Hey Joe Biden. They are attacking cops for God’s sake,” Geraldo said.

He went on to cite crime updates from the weekend that occurred in Chicago. “53 people shot in Chicago this weekend, 11 of them fatally. 11 more Black men and women were killed. Killed by other Black men. The specific motives unknown. No comment whatsoever from Black Lives Matter. These 11 dead Black men and women– their lives apparently don’t matter to Black Lives Matter,” he continued.

“You know why they don’t matter? Because they weren’t shot by cops. They were shot by other Black people. It’s just appalling; a ghetto civil war,” Geraldo expressed.

Updating final death toll from this weekend in #Chicago
53 people shot
11 of them fatally
11 more Black men & women killed
All victims were Black men and women
All victims were apparently killed by gang members.
Specific motives unknown
No comment from @BlackLivesMatter

He also tweeted with his video message: “No secret that vast majority of police unions are endorsing ⁦@realDonaldTrump. It’s because ⁦@JoeBiden don’t seem to care about urban violence unless it involves cops, Blue on Black. What about Black on Blue like in LA?”

No secret that vast majority of police unions are endorsing ⁦@realDonaldTrump
⁩ It’s because ⁦@JoeBiden⁩ don’t seem to care about urban violence unless it involves cops, Blue on Black. What about Black on Blue like in LA? pic.twitter.com/gcj21Y4OGk

After deputies issued a dispersal order for the unlawful assembly of a group of protesters blocking the hospital emergency entrance & exits, a male adult protester refused to comply & cooperate…

(3/3) The female adult, who was later identified as a member of the press, did not identify herself as press and later admitted she did not have proper press credentials on her person. Both individuals have been arrested for 148 P.C.

Video footage of the protesters outside of the hospital, yelling, “I hope they die”:

A tense situation developing in Lynwood as a handful of protesters on sidewalk shout at deputies outside St. Francis medical center where 2 deputies are recovering from surgery after being shot tonight in Compton pic.twitter.com/wwpcnVFvOI

Here’s the reaction of an eyewitness to the ambush of two Deputies shot in the head in #Compton. The victims are in the background. No one is going to help them. Vote like your life depends on it. #BlueLivesMatter pic.twitter.com/tE8NH5YZvm