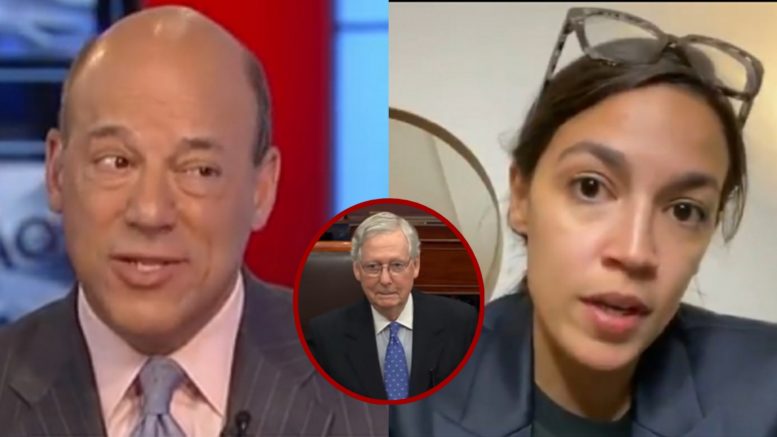 In his official statement, McConnell paid tribute to the accomplishments of Ginsburg before signaling that the GOP-majority Senate will immediatelu move forward in filling the vacancy on the high court.

“Americans reelected our majority in 2016 and expanded it in 2018 because we pledged to work with President Trump and support his agenda, particularly his outstanding appointments to the federal judiciary. Once again, we will keep our promise,” the Senate Majority leader said in part. “President Trump’s nominee will receive a vote on the floor of the United States Senate.”

In response, Ocasio-Cortez slammed McConnell for not honoring Justice Ginsburg’s “dying wish” of being replaced by a “new president,” who she hoped would replace Trump in January 2021.

“The very last dying wish of RBG was that her vacancy not be filled until the new president takes office in January,” AOC said.

“Tonight, Mitch McConnell publicly — the night of her passing…he couldn’t wait 24 hours — issued a statement saying that he was going to to give Trump a vote in violation of her dying wish,” she declared. “This is a man who does not care about a dying woman’s final wish.” Video Below

Rep. Alexandria Ocasio-Cortez on Mitch McConnell: "This is a man who does not care about a dying woman's final wish." pic.twitter.com/rISUJRsa5D