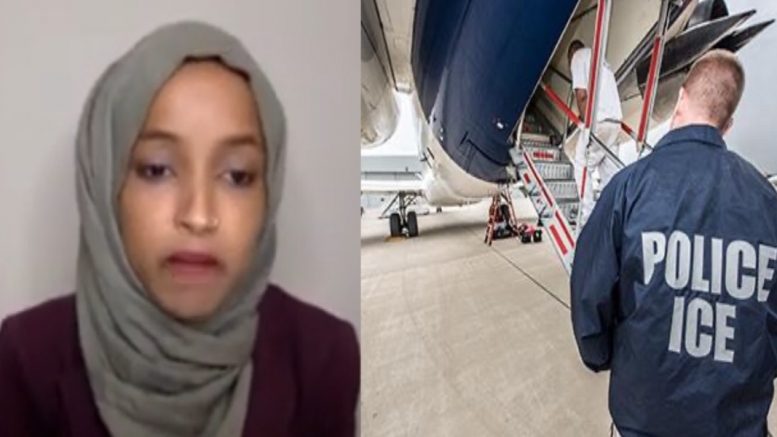 Rep. Ilhan Omar (D-MN) took to Twitter September 12 to demand answers as ICE [Immigration and Customs Enforcement] prepared to “deport dozens of individuals” from her district back to Somalia, claiming they will risk “the spread of COVID”, Swamp Drain previously reported.

ICE is set to deport dozens of individuals from my district to Somalia, risking the spread of COVID.

ICE’s actions will not only put these individuals at risk, but could have far-reaching consequences for Somalia.

This week, I sent a letter to ICE to get answers.

On September 21, ICE responded to Rep. Omar in series of tweets, explaining why they removed 39 detainees to Somalia and included a letter with a sample of crimes which were committed.

This week, ICE removed 39 detainees to Somalia. Nearly all had criminal histories, including murder, assault with a dangerous weapon, rape, solicitation of a minor, sexual assault on a minor, fleeing a peace officer, indecent exposure, drug trafficking, and DWI.

Letter from ICE in response to Representative Omar: 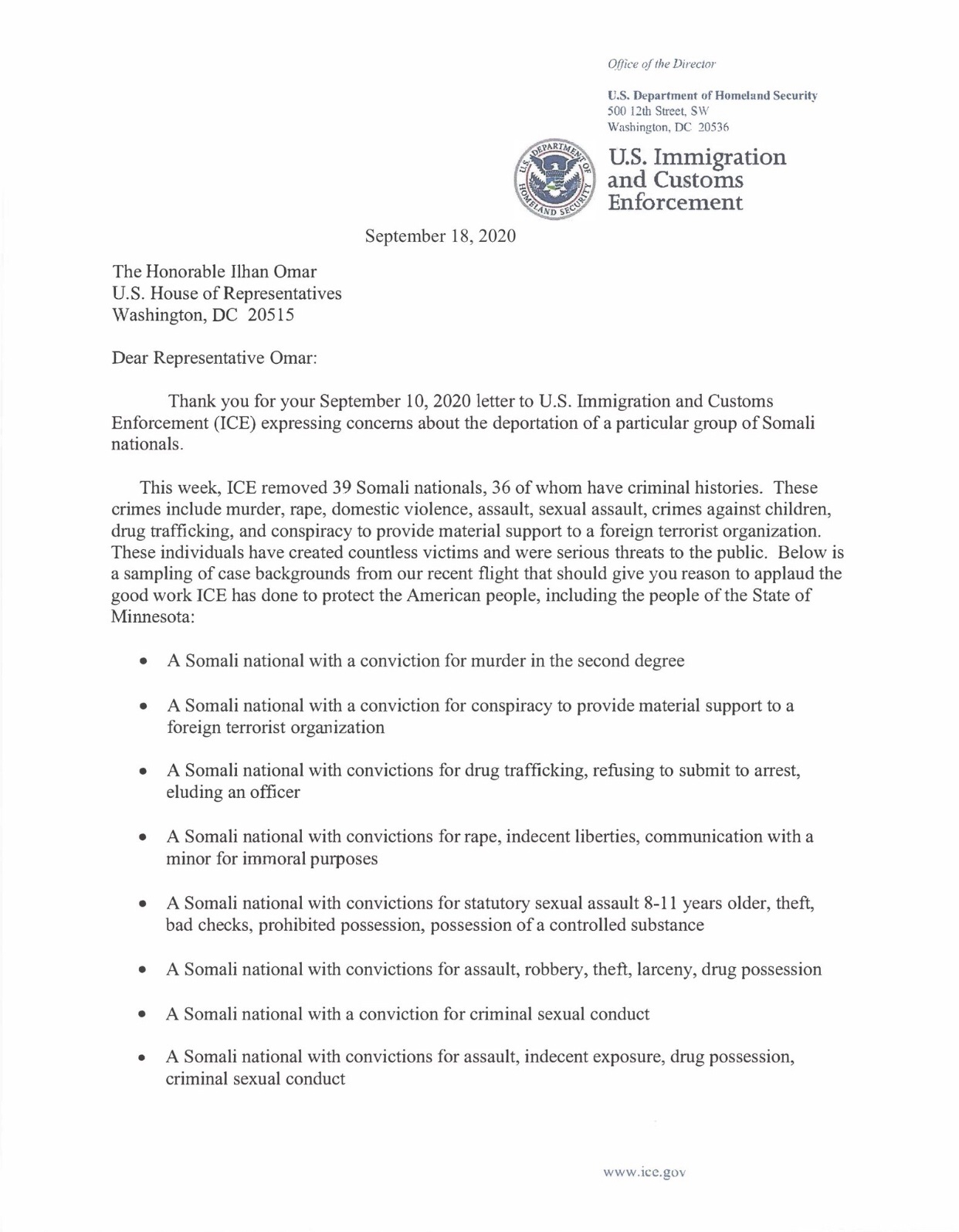 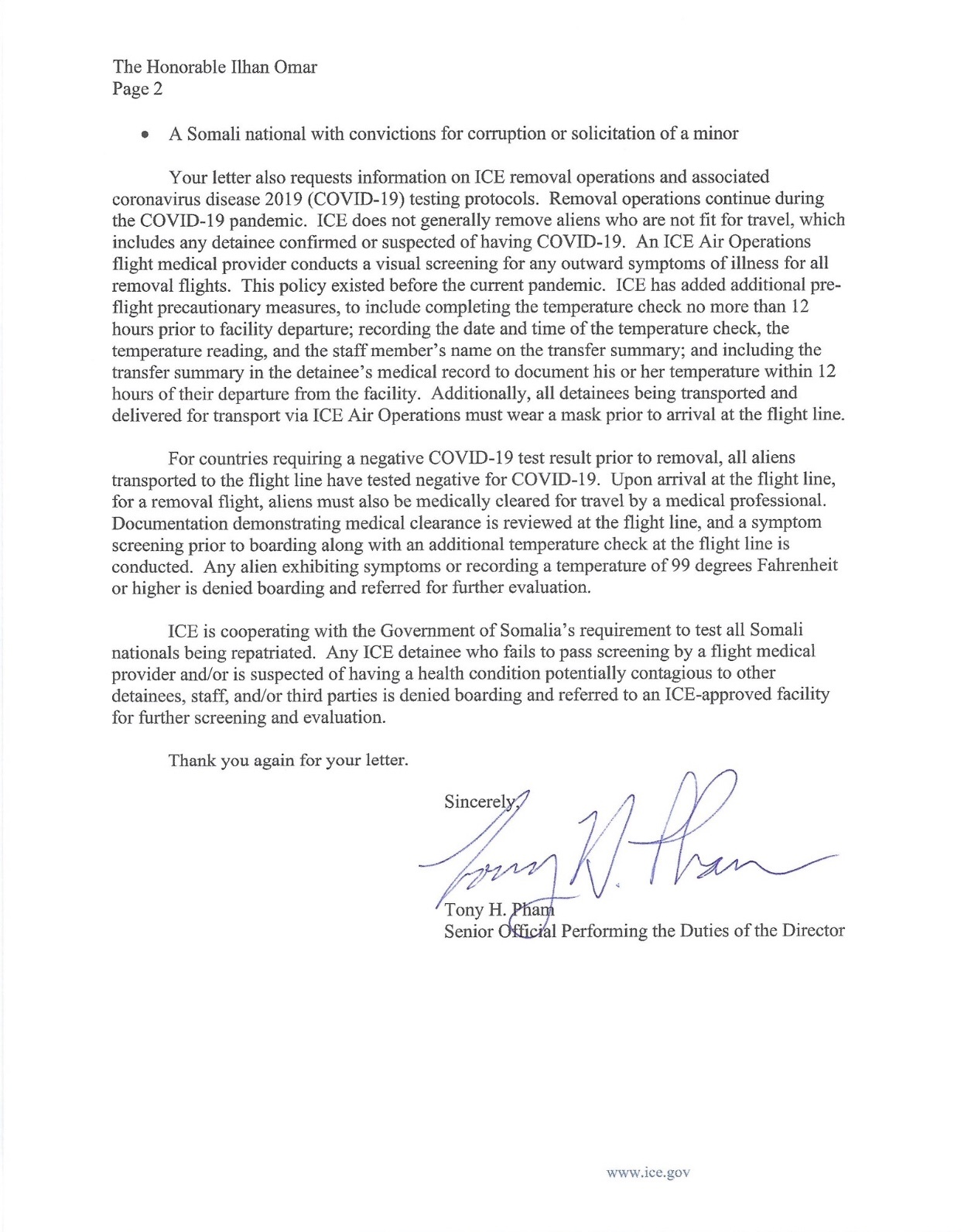 Since Oct. 1, 2009, ERO has removed more than 3,700 foreign fugitives from the United States who were sought in their native countries for serious crimes, including kidnapping, rape and murder.

ICE is committed to removing individuals who threaten not only public safety, but also national security,” said Senior Official Performing the Duties of Director Tony Pham. Read below for more info on Somali removals this week and to read ICE’s response to Representative Omar. pic.twitter.com/hN1d91VUBz

(Related: Omar Says Biden ‘Is Going To Be Responsive To Policy Positions We Are Advocating For’, & Calls For ‘Dismantling’ Police)