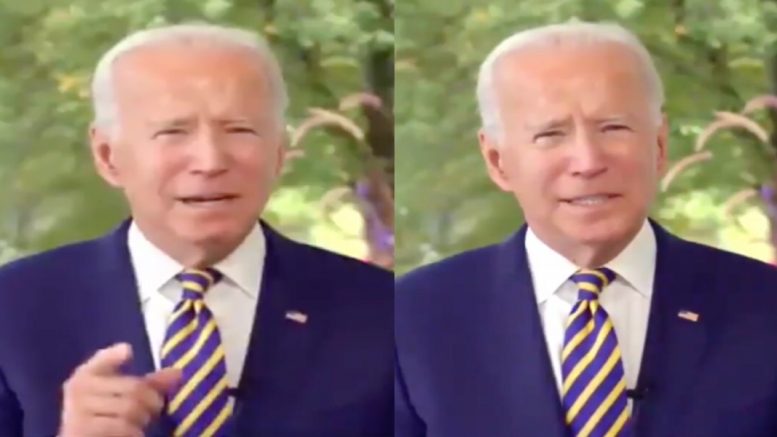 Democratic presidential nominee Joe Biden on Saturday, delivered remarks virtually to the 2020 fall leadership meeting of the U.S. Conference of Mayors, claiming he “got to the Senate 180 years ago”. Biden served as a United States Senator for Delaware from 1973 to 2009 and as the 47th vice president of the United States from 2009 to 2017.

“I made it a priority my entire career to work closely with you, from the time I got to the Senate, 180 years ago. You know, I suppose my tenure as vice president,” Biden said, committing to work with local government if he is elected president.

Joe Biden says he got to the Senate 180 years agohttps://t.co/qlD6ZMR1fG pic.twitter.com/zxZKvXA6jj

Meanwhile, during an interview on MSNBC on Saturday, host Stephanie Ruhle appeared to help Biden remember what he was talking about:

During the same interview Saturday on MSNBC, Biden compared President Trump to Nazi propaganda chief Joseph Goebbels, accusing the the Commander in Chief of lying about the Democratic presidential nominee’s record to the American people.

Goebbels is notorious for being one of Adolf Hitler’s closest associates and was a staunch advocate for exterminating Jewish people during the Holocaust. He was Nazi Germany’s propaganda minister and was known for his public speaking skills, The Hill reported.

(Related: Joe Biden To U.S. Airmen Stationed At Al-Dhafra Air Base In 2016: “Clap For That, You Stupid Bastards”)