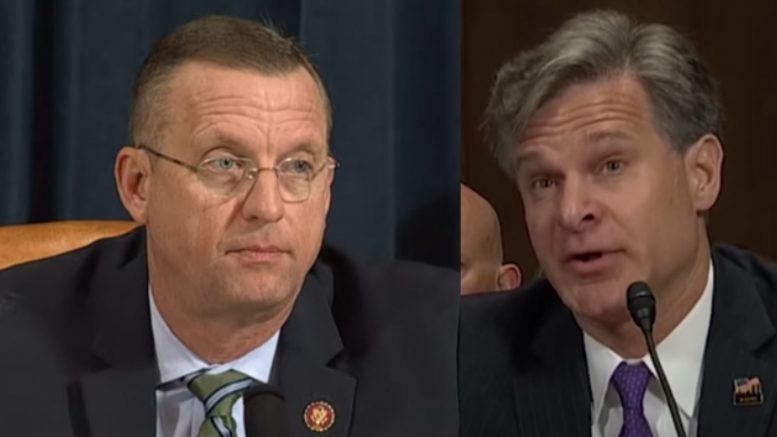 On Tuesday, Senator Lindsey Graham published a letter from Ratcliffe that indicates the FBI new of an alleged plot by Hillary Clinton’s 2016 campaign of “stirring up a scandal” by linking then-candidate Donald Trump to “the Russians’ hacking of the Democratic National Committee.”

Handwritten notes by then-CIA Director John Brennan, who now is a fiery anti-Trump commentator, say that Brennan briefed Obama on “alleged approval by Hillary Clinton on July 26, 2016 of a proposal from one of her foreign policy advisors to vilify Donald Trump by stirring up a scandal claiming interference by Russian security services.”

…Two months before the 2016 election, Ratcliffe wrote that US intelligence officials “forwarded an investigative referral to FBI Director James Comey and Deputy Assistant Director of Counterintelligence Peter Strzok regarding… Clinton’s approval of a plan concerning U.S. Presidential candidate Donald Trump and Russian hackers hampering U.S. elections as a means of distracting the public from her use of a private mail server.”

The FBI, however, proceeded to open an investigation into possible Trump-Russia collusion despite knowing of the alleged plot by Hillary’s campaign.

Rep. Collins sent a letter to FBI Director Christopher Wray on Wednesday, slamming him for “refusing to act” on the knowledge and for failing to hold the “upper echelon of the FBI” accountable.

“Throughout your tenure as Director of the Federal Bureau of Investigation (FBI), you have proven unwillingly or unable to bring accountability to the upper echelon of the FBI,” Rep. Collins wrote.

“I am sure you are aware of the recent revelation that the FBI had knowledge that the Russian collusion hoax was a creation of Hillary Clinton’s presidential campaign. In your refusal to act on this knowledge, you are complicit,” he declared. “I urge you to do the right thing for this country and resign.” See Below