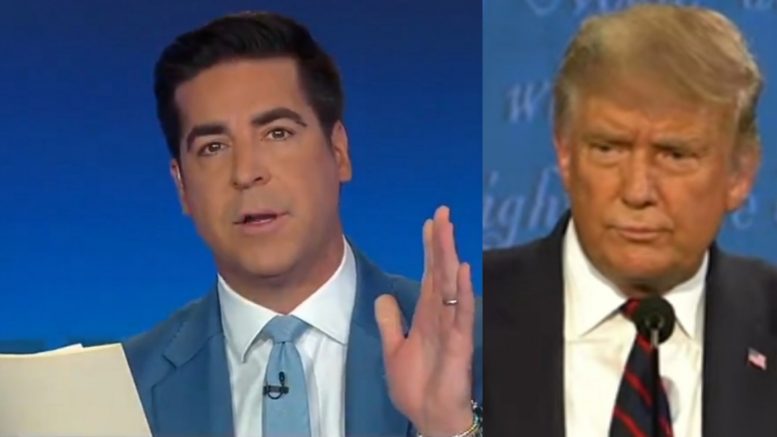 Jesse Watters did a “deep dive” on members of the Commission of Presidential Debates in wake of their decision to make the second debate virtual — a move that led to President Trump pulling out of the showdown that was scheduled to take place on October 15.

And what was discovered by Watters speaks volumes over why the commission made their announcement on the morning after Vice President Mike Pence “smoked” Senator Kamala Harris in Wednesday’s debate.

Related Article: Jesse Watters Rips The Obama Administration Over Their ‘Scandal’: “This Goes All The Way To The Top”

“They did this to take away from the master-class of the debate performance that Mike Pence put on,” he declared.

Jesse went on to reveal the background of some of the members of the commission, which indicated strong bias against President Trump.

“I’m going to put these people on blast,” Watters said. “Executive Director Kate Brown — Democrat Donor, and the rest of them basically are either Democrat donors or activists or Republicans who don’t like Trump.”

Then after providing more damning information to back up his claim, Watters concluded, “They dislike Trump. They’re on the record of disliking Trump. They’re quoted as saying, ‘Trump is toxic, he’s dirty and is damaging the country.’ That’s not fair to the President.”

The debate commission made the second debate virtual to take the attention away from the masterclass of a debate performance that Mike Pence put on. #TheFive pic.twitter.com/aKrUgXT8eN