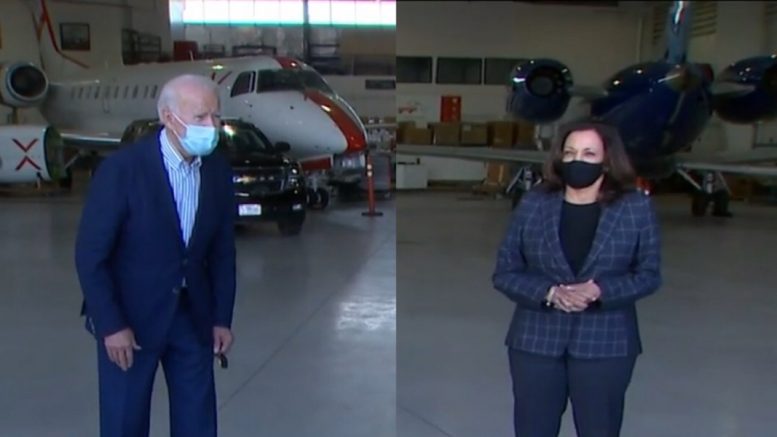 While in Arizona on Thursday, Democratic presidential nominee Joe Biden once again, refused to give his opinion on court packing, which is expanding the number of justices on the Supreme Court –if the Democrats win back the White House and also take control of the Senate in November’s elections.

Asked by reporters if he supports court packing, Biden said, “You’ll know my opinion on court-packing when the election is over”.

“Now look. … But you know the moment I answer that question, the headline in every one of your papers will be about that, other than focusing on what’s happening now,” Joe Biden said.

"You'll know my opinion on court packing when the election is over." pic.twitter.com/uYEXZHHAp1

During the Democratic presidential primaries, Biden said that he opposed a move to expand – or pack – the high court, however, Senator Kamala Harris (D-CA) had a different tune.

In 2019, however, Harris told The New York Times: “I am open to that discussion” on expanding the size of the Supreme Court.

The California Senator, during a town hall event in New Hampshire in 2019, also told members in the audience, “I am interested in having that conversation, and I’m open to this conversation about increasing the number of people on the United States Supreme Court– about applying term limits to who serves on the court.” Video Below

FLASHBACK: In 2019, Sen. Kamala Harris tells the New York Times: “I am open to that discussion” on packing the Supreme Courthttps://t.co/wmiZnDHOv9 pic.twitter.com/vw1apexPzk

FLASHBACK: Sen. Kamala Harris in 2019: "I am interested in having that conversation and I'm open to this conversation…about increasing the number of people on the United States Supreme Court"https://t.co/GECbCFhZl5 pic.twitter.com/9aOJY1iDaP

17 DAYS: Biden and Harris STILL refuse to come clean about their plans to rig the Supreme Court. https://t.co/zJ0a7ScHpN

We leave you with a compilation of Joe Biden and Kamala Harris, who have recently dodged questions several times over whether or not they would pack the Supreme Court following the passing of Justice Ruth Bader Ginsburg.

With her pack-the-court dodge tonight, Kamala and Joe have dodged the question 10 times: pic.twitter.com/CkOCT5MZMv

(Related: Biden: “I Made It A Priority My Entire Career To Work Closely With You, From The Time I Got To The Senate 180 Years Ago”)