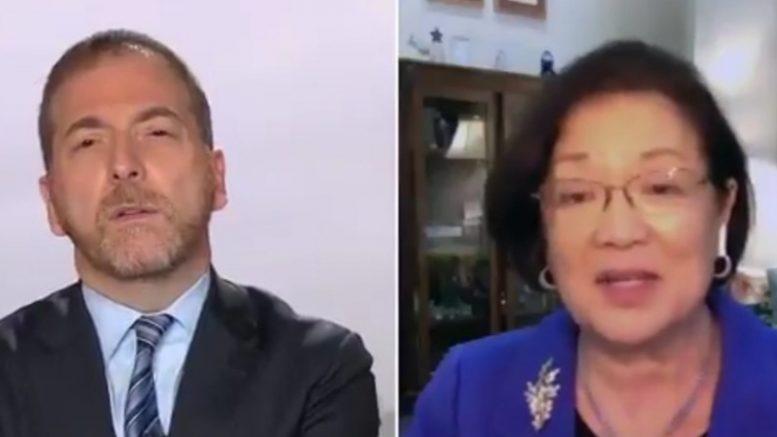 Senator Mazie Hirono said that any reforms to the Supreme Court, including the expansion of it, can not happen unless Democrats take back control of the Senate in November.

The Democrat senator gave the assessment while weighing on the prospects of “packing” the Supreme Court, which Joe Biden and his campaign have been reluctant to give an opinion on when questioned by reporters..

MSNBC’s Chuck Todd asked, “Where are you on this idea of expanding the Supreme Court? Is that a reform that should be considered? Is that something you want to see considered or not?”

In response, Hirono said that she has been thinking about “reforming” the high court for “a number of years,” but it isn’t possible unless there is a “serious conversation” about it in the Senate.

Without mentioning the idea of court packing, Hirono indicated that some of the reforms she would like to bring to Supreme Court include “very strict ethics provisions” and “conflict of interest provisions.”

“So you need to have a very serious conversation about it, which means that it won’t happen unless Democrats take back the Senate,” she declared. “I want a Supreme Court that is balanced.” Video Below