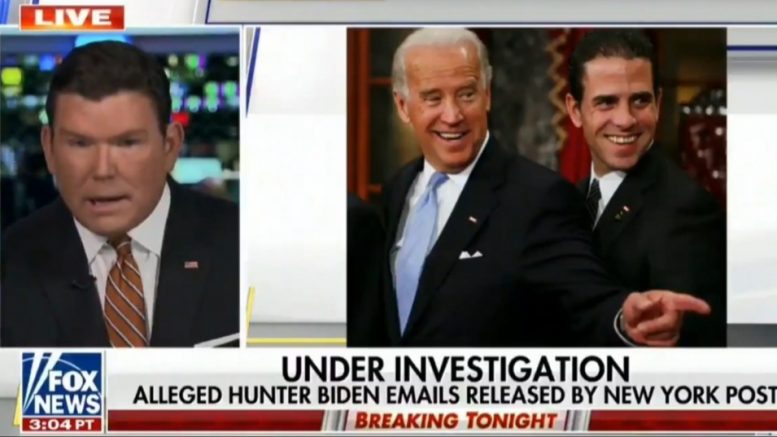 Fox News host Bret Baier reported a potential “October Surprise potentially being fulfilled” on Wednesday that involves Democratic presidential nominee Joe Biden and his son, Hunter, in regards to information that was allegedly discovered on a laptop.

Baier summarized the latest findings before handing it off to senior political corresponent Mike Emanuel, who gave a detailed report of all that is known thus far.

Related Article: GOP Reacts After Hunter Biden Admits He ‘Probably Wouldn’t’ Have Got Ukrainian Board Seat Without Father

“The election cycle tradition of an October Surprise possibly being fulfilled tonight by the allegation that Joe Biden may have had a meeting he has vehemently denied. The Biden campaign still denies it tonight,” Baier reported.

“But emails, allegedly from his son Hunter Biden say the meeting has at least been set up — this about Hunter Biden and a powerful Ukrainian businessman,” Baier added before letting his Fox team present specifics about the potential “October Surprise,” which can be seen below.