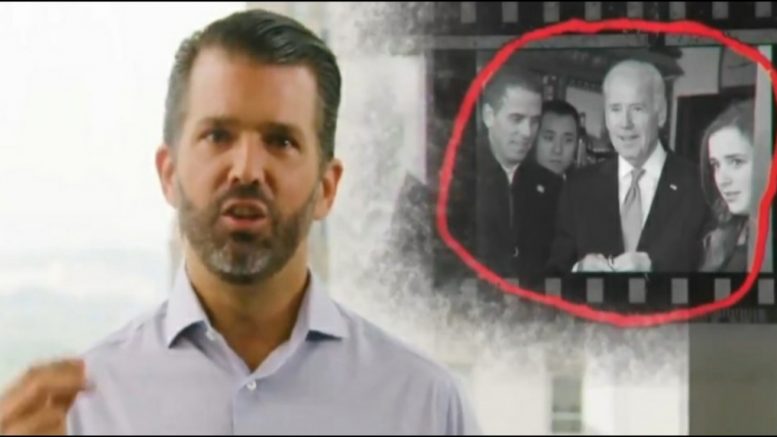 Donald Trump Jr. revealed in detail how the Biden family used former Vice President Joe Biden’s political power to get rich for “decades” at the expense of American taxpayers.

In a video posted to his Twitter account, Trump Jr. insisted that the Biden family is the “most corrupt political family in American history,” and he systematically dropped several pieces of information to support his claim.

“Joe Biden is terrified that you are about to hear the truth,” Don Jr. said before getting into the nitty gritty about Joe’s son Hunter.

“I can say with absolute confidence that Joe Biden’s son, Hunter, is one of the most unethical humans in political history,” he proclaimed. “The corruption in Hunter Biden extends beyond ethical concerns. It’s potentially criminal.”

“Don’t just take my word for it. The U.S. Senate recently released an in-depth investigation into the Biden family corruption. You may not have heard about it because our media is actively trying to cover it up,” Donald Trump Jr. proclaimed as he then followed by going over what all was discovered in the Senate investigation. Video Below

The Biden family has spent decades in Washington, DC enriching themselves by selling access to Joe Biden's taxpayer funded office.