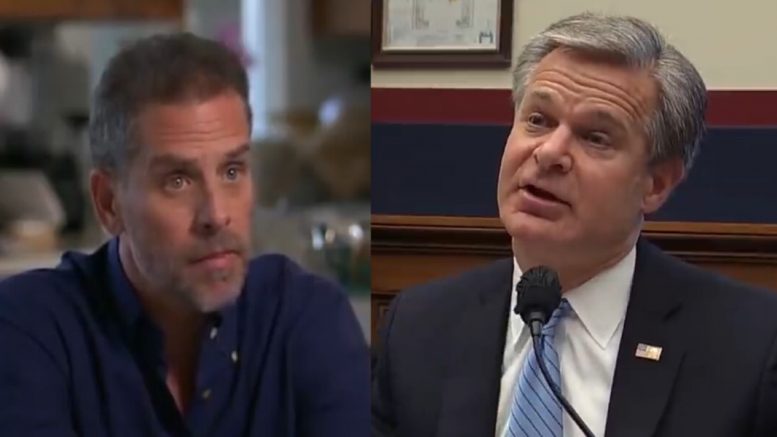 House Republicans, led by Rep. Andy Biggs (R-AZ), sent a letter to FBI Director Christopher Wray on Thursday, pressing him for answers over whether the FBI was in possession of a laptop that reportedly contained emails by Hunter Biden during the Democrat-led impeachment proceedings of President Donald Trump.

The letter comes after the New York Post published emails alleging that Hunter Biden introduced his father, Joe Biden, to a top executive at Ukrainian natural gas firm Burisma Holdings in 2015 — one year before his father reportedly pressured the country’s government to fire a prosecutor who had launched an investigation into the company.

In the letter to FBI Director Christopher Wray, Republicans suggested that the agency committed a “gross error in judgement” if it did not inform the White House.

“If the FBI was, in fact, in possession of this evidence and failed to alert the White House to its existence that would have given even more weight to the president’s legal defense, this was a gross error in judgement and a severe violation of trust,” the letter says in part.

The New York Post reported that the FBI was in possession of the laptop on which the emails were found in December 2019 — right in the middle of the impeachment of President Trump over remarks he made to the Ukrainian president about Biden’s conduct in the country.

“A large portion of the president’s legal defense case revolved around strong evidence that former Vice President Biden’s son Hunter was peddling his influence to his father to land lucrative jobs overseas that he might not have otherwise been qualified for,” the letter to Wray say. Continued Below

The lawmakers asked Wray in their letter of the laptop and hard drive:

“We request answers to these questions by Thursday, October 22, 2020 at 5PM EST,” the lawmakers wrote.

The letter was signed by 19 House Republicans. Continued Below 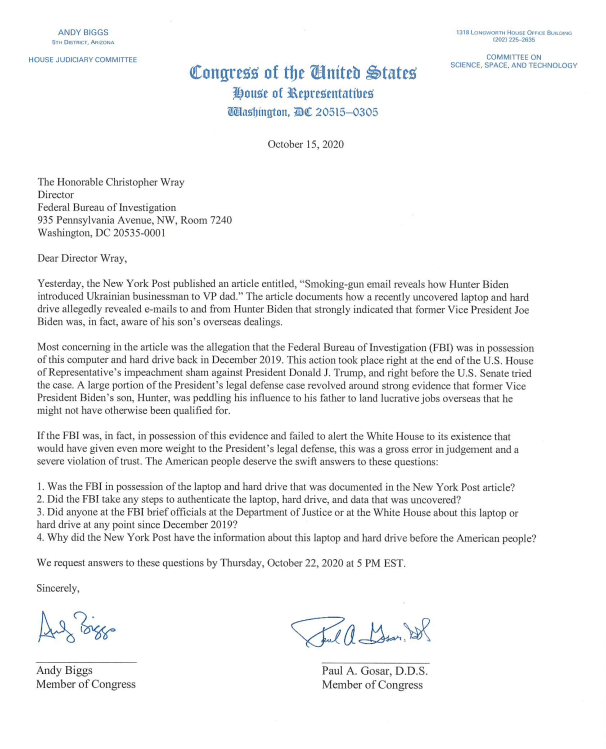 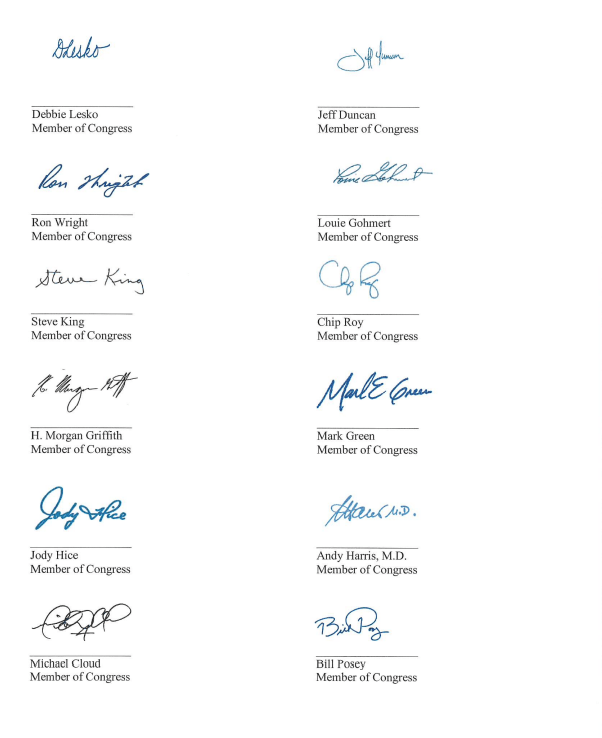 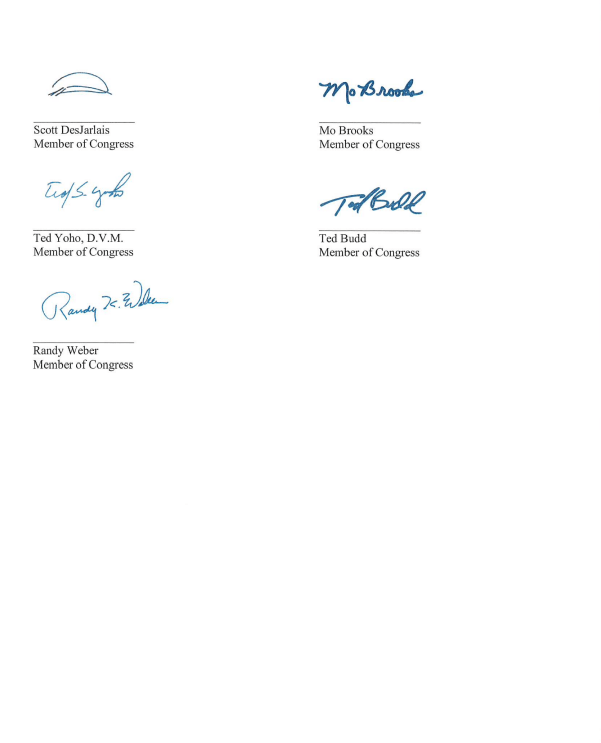 Meanwhile, after the New York Post reported the emails found on the computer and hard drive, Hunter Biden’s attorney contacted the computer repairman who found the reported incriminating material, and asked for the computer hard drive back. President Trump’s personal lawyer Rudy Giuliani explained during an an interview on “Fox & Friends” Friday:

Worth the two minutes… pic.twitter.com/vp3gY5mUn5