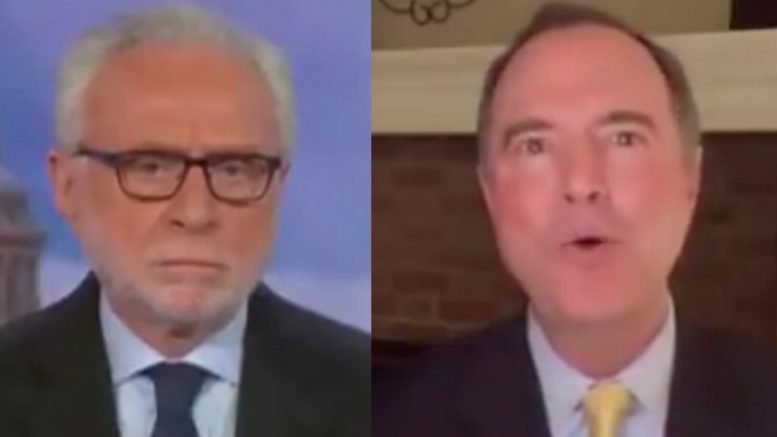 House Intel Chairman Adam Schiff is already concluding that Russia is behind the disclosure of damning files that were allegedly found on a laptop belonging to Joe Biden’s son Hunter.

While FBI investigation is purportedly underway to figure out if Russia is behind the bombshell discovery, Schiff is confident that it is nothing more than a “smear campaign” that is being carried out by “the Kremlin.”

Related Article: Giuliani On All Evidence That’s Been Uncovered On The Bidens: “There’s Enough For A Conviction”

“We know that this whole smear on Joe Biden comes from the Kremlin,” Rep. Schiff told CNN’s Wolf Blitzer. “That’s been clear for well over a year now that they’ve been pushing this false narrative about the Vice President and his son.”

“The idea that the President, the White House counsel and others were made aware that Giuliani was being used by Russian intelligence and using Russian intelligence in the sense of meeting with an agent of Kremlin and pushing out this Kremlin false narrative — the idea that they were knowing and still on the floor of the Senate during the impeachment trial, pushing this Kremlin narrative is pretty breathtaking,” he added.

“But I guess we can’t be shocked by anything this administration does, no matter how craven, but clearly, the origins of this whole smear are from the Kremlin. And the President is only too happy to have Kremlin help and trying to amplify it,” Schiff declared. Video Below

Adam Schiff has already decided that the Hunter Biden emails story from the NY Post is a Russian disinformation campaign pic.twitter.com/1ryEj27KCP

While there is no information yet available to backup Schiff’s claim, it appears to be, at this point, another a baseless narrative being pushed by the Democrat congressman.