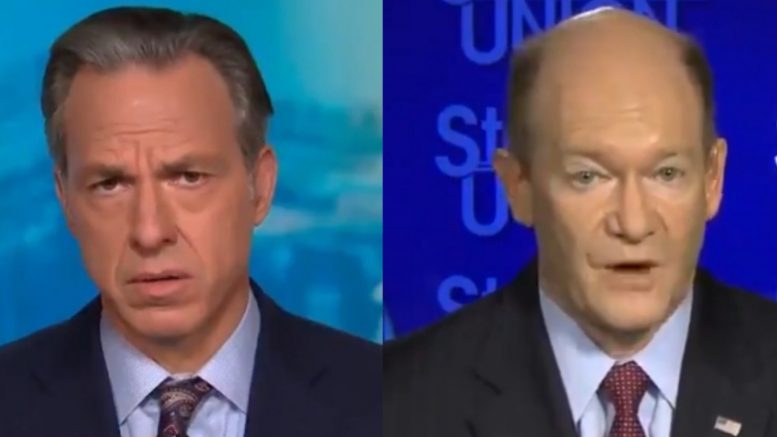 Senator Chris Coons (D-DE) agreed that he is open to the highly controversial idea of packing the Supreme Court if Joe Biden wins the election in November.

The Biden campaign surrogate gave the indication while interviewing with CNN’s Jake Tapper on Sunday.

“If we happen to be in a fact pattern where we have a President Biden, we’ll have to look at what the right steps are to rebalance our federal judiciary,” Sen Coons said.

Jake Tapper followed up by asking, “So your mind is open to adding justices to the Supreme Court? Yes or no?”

Democrats have threatened to pack the Supreme Court if Republicans follow through with confirming Judge Amy Coney Barrett before the 2020 election.

And while Joe Biden has repeatedly dodged giving a direct answer as to whether or not he will resort to the highly controversial tactic if elected, the gradual rhetoric from prominent Democrats, such as Sen. Coons, in support of Supreme Court expansion only suggests the obvious.