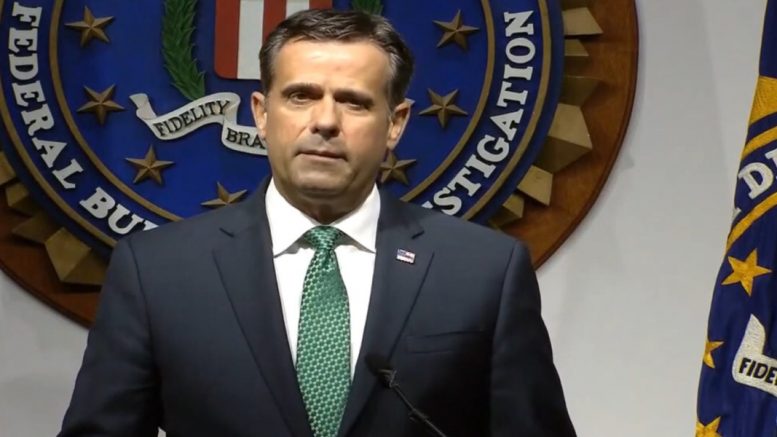 During a press conference Wednesday, Director of National Intelligence John Ratcliffe said discovered “spoofed emails” and a “video” on social media from Iran is designed to influence the 2020 election, in an attempt to reportedly help Democratic presidential candidate Joe Biden– “designed to incite social unrest and damage President Donald Trump”.

The news conference was held as Democratic voters in at least four battleground states, including Florida and Pennsylvania, have received threatening emails, falsely claiming to be from the group Proud Boys, that warned “we will come after you” if the recipients didn’t vote for President Donald Trump.

The voter-intimidation operation apparently used email addresses obtained from state voter registration lists, which include party affiliation and home addresses and can include email addresses and phone numbers. Those addresses were then used in an apparently widespread targeted spamming operation. The senders claimed they would know which candidate the recipient was voting for in the Nov. 3 election, for which early voting is ongoing, Fox News reported.

The Lincoln Project, a group of former Republican “never Trumpers”, were duped into spreading the false story on Tuesday, which widely circulated on Twitter, but they ultimately later deleted. It was reported to be Iranian propaganda. 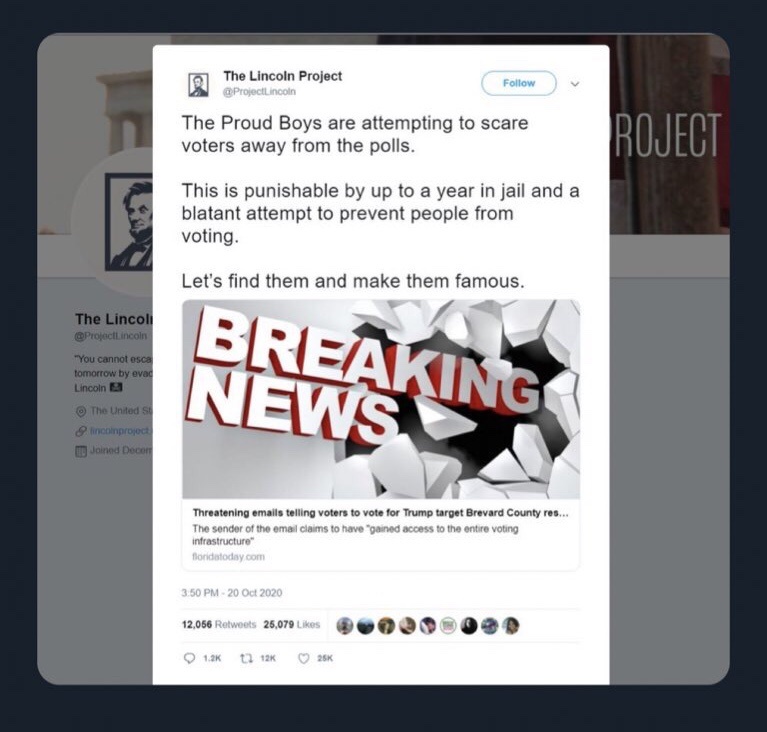 John Ratcliffe said during Wednesday’s press conference that both Iran and Russia had taken specific actions to influence voters’ opinions. He also noted that the registration information they obtained could be used to confuse “some” voters through false communication, and that Iranian interference which has been discovered, is designed to incite social unrest and damage President Donald Trump. Continued Below

“This data can be used by foreign actors to attempt to communicate false information to registered voters that they hope will cause confusion, sow chaos, and undermine your confidence in American democracy,” DNI Ratcliffe said.

“To that end, we have already seen Iran sending spoofed emails designed to intimidate voters, incite social unrest, and damage President Trump. You may have seen some reporting on this in the last 24 hours, or you may have even been one of the recipients of those emails,” he continued.

“These actions are desperate attempts by desperate adversaries. Even if the adversaries pursue further attempts to intimidate or attempt to undermine voter confidence, know that our election systems are resilient, and you can be confident your votes are secure,” the Director of National Intelligence vowed.

“Although we have not seen the same actions from Russia, we are aware that they have obtained some voter information just as they did in 2016. Rest assured that we are prepared for the possibility of actions by those hostile to democracy,” he added.