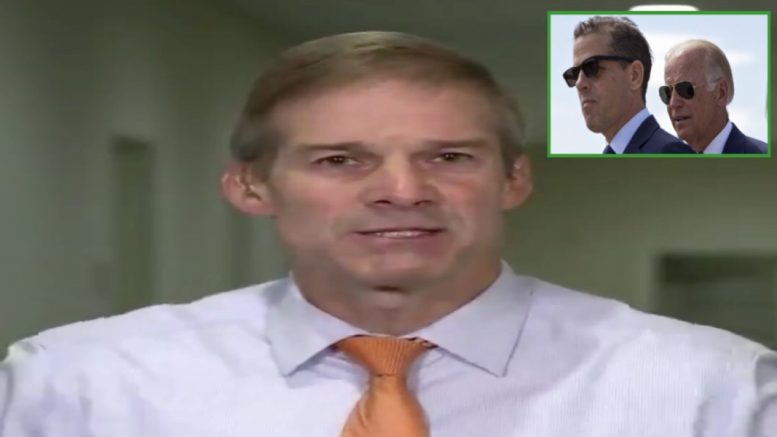 The FBI is in possession of the laptop purportedly belonging to Hunter Biden which contained emails revealing his foreign business dealings, including contacts in Ukraine and China, two senior administration, Fox News confirmed on Tuesday.

Further the FBI and Justice Department officials concur with an assessment from Director of National Intelligence John Ratcliffe that the laptop is not part of a Russian disinformation campaign targeting Democratic presidential nominee Joe Biden, per Fox News.

On Monday, DNI Ratcliffe said that Hunter Biden’s laptop and the emails on it “is not part of some Russian disinformation campaign,” despite claims from House Intelligence Committee Chairman Adam Schiff (D-CA).

“Let me be clear, the intelligence community doesn’t believe that because there’s no intelligence that supports that,” Ratcliffe said in response to Schiff’s theory. “And we haven’t shared any information with Chairman Schiff or any other member of Congress that Hunter Biden’s laptop is part of some Russian disinformation campaign. It’s simply not true.”

The emails in question were first obtained by the New York Post and, in part, revealed that Hunter Biden allegedly introduced his father, the then-vice president, to a top executive at Ukrainian natural gas firm Burisma Holdings less than a year before he pressured government officials in Ukraine to fire prosecutor Viktor Shokin, who was investigating the company’s founder.

“Dear Hunter, thank you for inviting me to DC and giving an opportunity to meet your father and spent [sic] some time together. It’s realty [sic] an honor and pleasure,” the email read. Continued Below

Another email, dated May 13, 2017, and obtained by Fox News, includes a discussion of “remuneration packages” for six people in a business deal with a Chinese energy firm. The email appeared to identify Hunter Biden as “Chair/ Vice Chair depending on an agreement with CEFC,” in an apparent reference to now-bankrupt CEFC China Energy Co.

The email includes a note that “Hunter has some office expectations he will elaborate.” A proposed equity split references “20” for “H” and “10 held by H for the big guy?” with no further details.

Fox News spoke to one of the people who was copied on the email, who confirmed its authenticity. Sources also told Fox News that “the big guy” was a reference to the former vice president. Video Below

“So those are pretty solid facts, and if that isn’t kind of overwhelming evidence, I don’t really know what is,” he added.

A photo showing an alleged Hunter Biden signature on paperwork for the computer repair shop was posted on Twitter and obtained by Fox News’ Mike Emanuel. 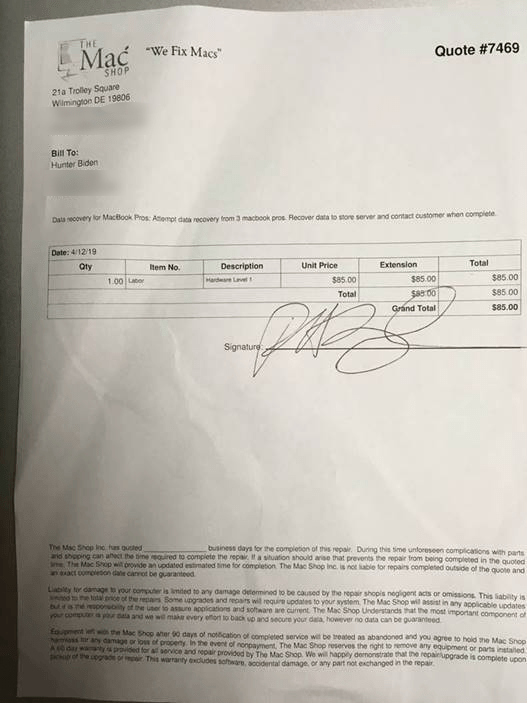 3. Our staff has confirmed they’re authentic.

4. The Bidens haven’t denied the story.