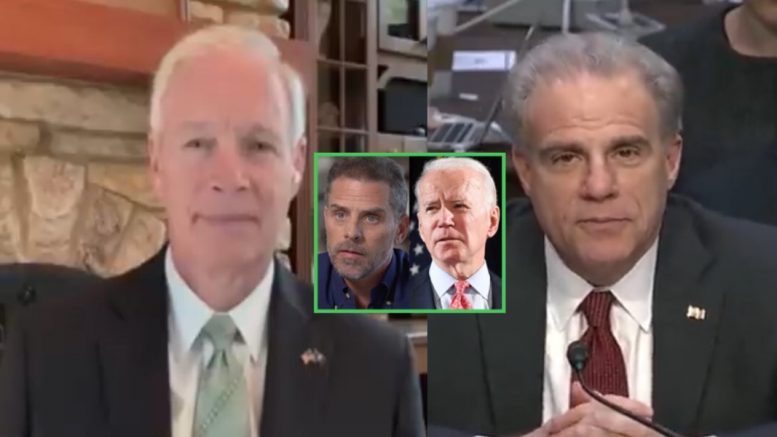 Senator Ron Johnson (R-WI), Chairman of Homeland Security and the Governmental Affairs Committee, sent a letter to Inspector General Michael Horowitz on Wednesday, calling on the Department of Justice watchdog to “open an investigation into the FBI’s handling of the laptop allegedly belonging to Hunter Biden.”

The laptop and hard drive that purportedly belonged to Hunter Biden was subpoenaed by the FBI in connection with a money laundering investigation opened in 2019, according to documents obtained by Fox News and verified by multiple federal law enforcement officials who reviewed them.

One of the documents shown by Fox News is a “Receipt of Property” form detailing the bureau obtaining the laptop from John Paul Mac Isaac, the owner of the computer store in Delaware who also gave the contents of the hardware to Rudy Giuliani, President Trump’s personal lawyer, who then gave the materials to the New York Post.

The first part of the number in the “CASE ID” section, “272D,” indicates a money laundering investigation, which one government official said denotes “transnational or blanket.” According to multiple officials, and the FBI’s website, “272” is the bureau’s classification for money laundering, while “272D” refers to “Money Laundering, Unknown SUA [Specified Unlawful Activity]—White Collar Crime Program,” according to FBI documents. One government official described “272D” as “transnational or blanket”.

“The FBI cannot open a case without predication, so they believed there was predication for criminal activity,” a government official told Fox News. “This means there was sufficient evidence to believe that there was criminal conduct.” Continued Below

Senator Ron Johnson initially sent a letter to FBI Director Christopher Wray on Saturday over whether or not the bureau has any information regarding the possibility that other law enforcement agencies may be aware of or possess information similar to the contents in Hunter Biden’s laptop.

The FBI responded to Senator Johnson’s letter Tuesday, saying in part, “We have nothing to
add at this time to the October 19th public statement by the Director of National Intelligence about the available actionable intelligence. If actionable intelligence is developed, the FBI in consultation with the Intelligence Community will evaluate the need to provide defensive briefings to you and the Committee pursuant to the established notification framework.”

“… As the FBI advised the Committee in its letter, dated October 5, 2020, consistent
with longstanding Department of Justice (Department) policy and practice, the FBI can neither confirm nor deny the existence of any ongoing investigation or persons or entities under investigation, including to Members of Congress,” the FBI said. Continued Below

Following the response from the FBI, Senator Ron Johnson sent a letter to to Inspector General Michael Horowitz on Wednesday, calling on the Department of Justice watchdog to “open an investigation into the FBI’s handling of the laptop allegedly belonging to Hunter Biden.”

“Because the FBI has not provided substantive responses to my inquiries, the American people cannot be assured of those facts,” the Wisconsin Senator wrote in part. 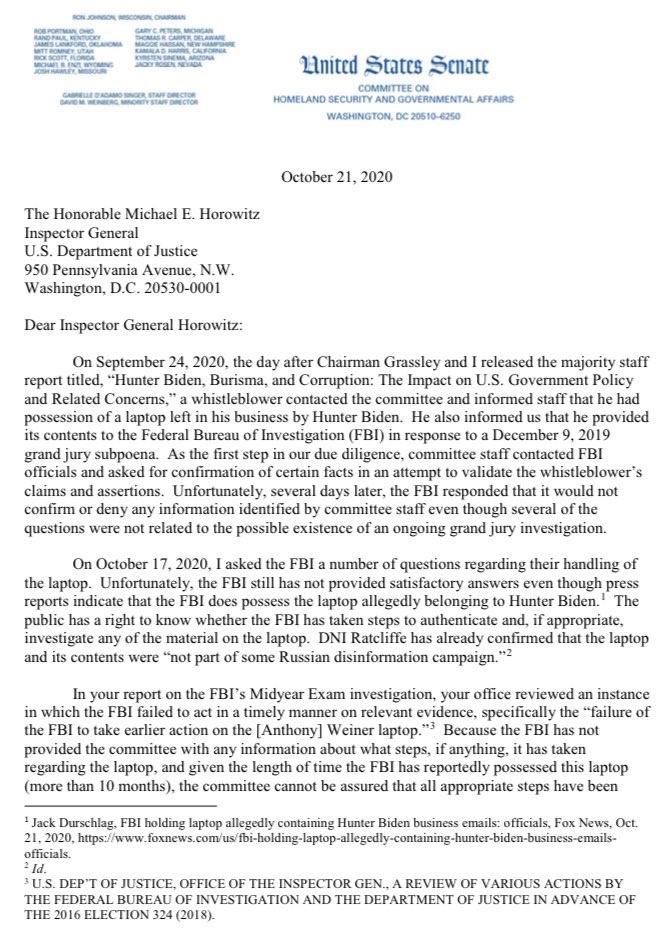 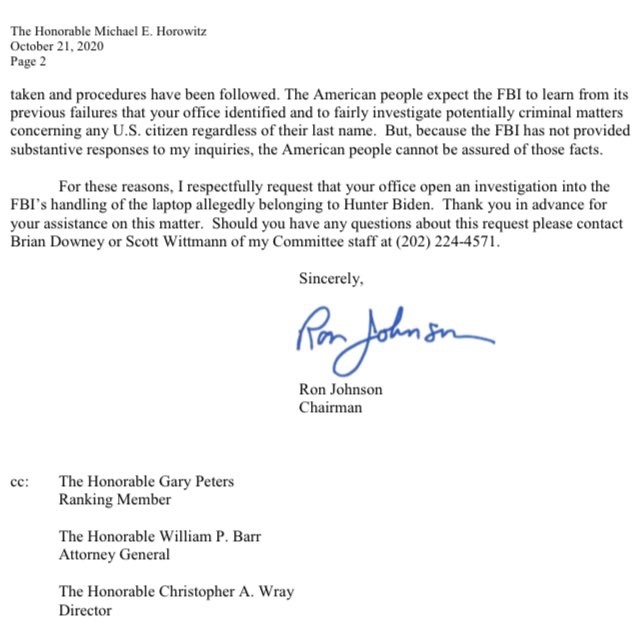 (Related: Sen. Johnson Blasts The Media Over Their ‘Bias’ Toward Biden: “It Is A Scandal & A Threat To Our Democracy”)