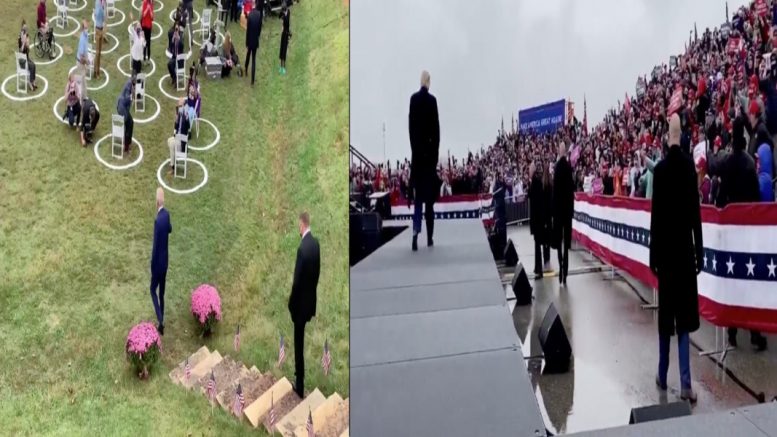 Video was captured Tuesday of contrasting rallies between President Donald Trump and Democratic presidential nominee Joe Biden, showing supporters who had arrived to the see the opposing candidates at their events.

Joe Biden held an event in Warm Springs, Georgia, while President Trump was holding an event in Lansing, Michigan.

Pat Ward, a Fox News producer covering the 2020 election posted video of Joe Biden walking to the podium at his event in Georgia:

A photo captured of Joe Biden’s event in Georgia, posted by Pat Ward:

Meanwhile, Dan Scavino White House Deputy Chief of Staff for Communications and Director of Social Media, posted a video of President Trump arriving to the rally in Lansing, Michigan:

Scavino posted another video of the supporters pumped to see the president:

A video posted on Twitter showed the contrasting events between Biden and Trump:

This sums it up pic.twitter.com/JOy5jdVYo4