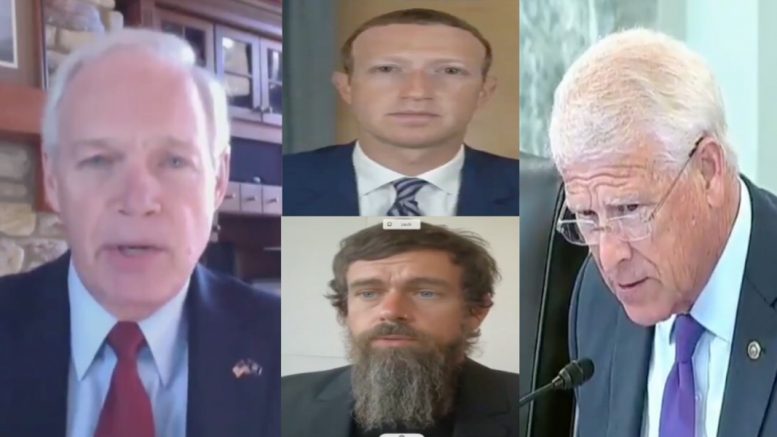 While testifying, Jack Dorsey and Mark Zuckerberg both admitted that they do not have any evidence to prove that The New York Post’s highly-censored Hunter Biden story over his laptop contains Russian disinformation.

The tech giant’s responses come after House Intel Chairman Adam Schiff (D-CA) claimed that the damning emails and other files that were allegedly recovered from Hunter’s laptop as nothing other than a “smear on Joe Biden” that originated from “the Kremlin.”

Director of National Intelligence John Ratcliffe shot Schiff’s notion earlier in the month, emphasizing the scandal surrounding Hunter Biden’s laptop is not part of some kind of Russian disinformation campaign.

“Let me be clear, the intelligence community doesn’t believe that because there’s no intelligence that supports that,” Ratcliffe said in response to Schiff’s theory, during an interview with Fox Business’ Maria Bartiromo. “And we haven’t shared any information with Chairman Schiff or any other member of Congress that Hunter Biden’s laptop is part of some Russian disinformation campaign. It’s simply not true.”

Likewise, the FBI and Justice Department officials concur with an assessment from DNI Ratcliffe that the laptop is not part of a Russian disinformation campaign targeting Democratic presidential nominee Joe Biden. Continued Below

Just before the final presidential debate, more than 50 former senior intelligence officials  signed on to a letter outlining their belief that the recent disclosure of emails allegedly belonging to Joe Biden’s son “has all the classic earmarks of a Russian information operation”, Swamp Drain previously reported.

Democratic presidential nominee Joe Biden, during that debate, conveniently seized on the opportunity to point to the letter from the former intelligence officials, by playing the Russia card to dodge the allegations of the New York Post’s reporting. President Trump, in turn, mocked Biden saying: “You mean the laptop is now another Russia, Russia, Russia hoax? You’ve got to be kidding me.”

During Wednesday’s hearing with the tech moguls, Senator Ron Johnson (R-WI) directly asked if the CEO’s “have any evidence that the New York Post story is part of Russian disinformation or that those emails aren’t authentic?” Video Below

“We don’t”: Twitter CEO Jack Dorsey admits they don't have any evidence to say the New York Post Biden story is disinformationhttps://t.co/pCnv4L9doW pic.twitter.com/O4iye3COEo

Twitter CEO Jack Dorsey and Facebook CEO Mark Zuckerberg admit they have “no information at all to indicate that Russia was the source of this New York Post article”https://t.co/sMdOkjuDuJ pic.twitter.com/6wqhIUeYYr