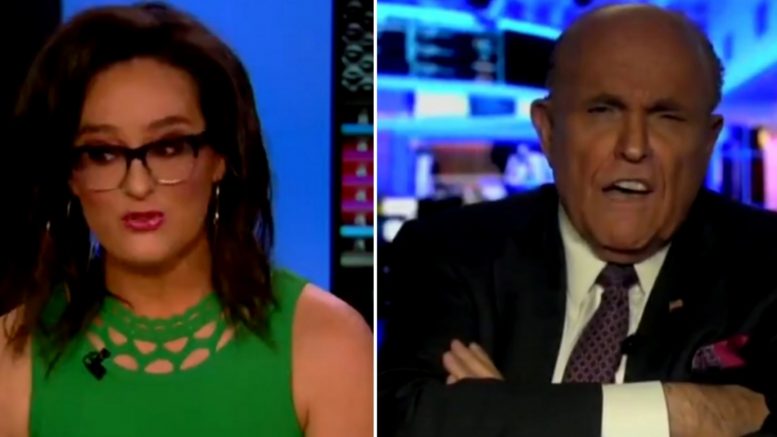 Rudy Giuliani unloaded on Fox News host Lisa Kennedy after she insinuated that he is acting like the phony Russian dossier author Christopher Steele with the way that he has unveiled damning information about the Biden family.

“Some could say that you were acting like Christopher Steele,” Kennedy told the former New York City mayor.

Giuliani furiously crossed his arms and fired back, “You’vr gotta be kidding me! I was acting like Christopher Steele?!”

“You better apologize for that!” Rudy exclaimed. “I’ve been a United States attorney, Associate Attorney General, mayor of New York City and a member of the bar for 50 years, and I’ve never been accused of anything. And you’re accusing me of being Christopher Steele?!”

“I’m accusing you of acting in a capacity similar to Christopher Steele, and that you were going back and forth between Ukraine and the United States,” Kennedy replied.

Rudy Giuliani blows up a Fox Business interview after Lisa Kennedy says people could say he's acting like Trump dossier author Christopher Steele with the Hunter Biden laptop materials: "You better apologize for that … I think our interview is now over" pic.twitter.com/OsIGZ42y1r