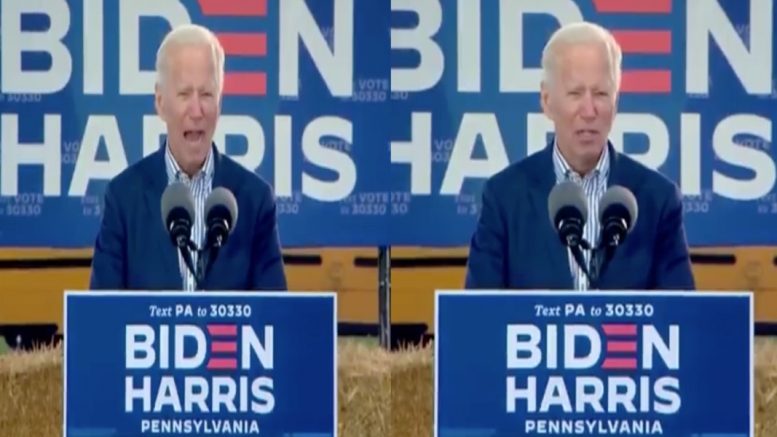 A video clip of part of his remarks surfaced on Twitter Friday, where it appeared Biden had told the members in the audience, “I’ll lead an effective strategy to mobilize trunalimunumapzure!” Biden did not seem to correct what he had mistakenly pronounced, but instead, continued on with his speech.

Swamp Drain checked to see if Joe Biden’s gaffe was real and made sure that it was not an altered video. It actually happened, and his remarks begin at the 25:40 mark in the video:

Users on Twitter seized on the opportunity to respond, mocking the former vice president for his incoherent gaffe:

finally someone is addressing trunalimunumaprzure

I’m not sure what he means, but we definitely don’t need this strategy. https://t.co/JUBMFAir7M

I think I cracked the code, he saying he will ban fracking and end the oil industry.

Ask your doctor if Trunalimunumaprzure is right for you

I don’t know what the hell trunalimunumaprzure is, but Biden is going to lead an effective strategy to mobilize it.