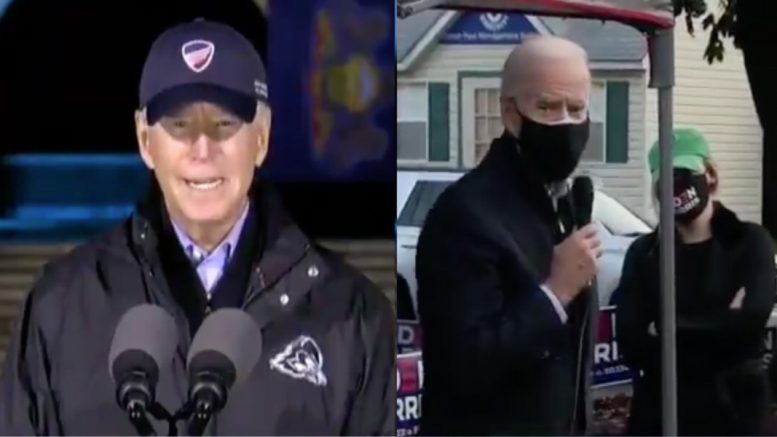 During a second campaign stop in Philadelphia, Pennsylvania on Sunday, Joe Biden struggled to remember when began his presidential campaign, while speaking to voters.

The 2020 presidential campaign of Joe Biden began on April 25, 2019, when he released a video announcing his candidacy in the 2020 Democratic party presidential primaries.

Joe Biden struggles to remember when he started his presidential campaignhttps://t.co/1qLxAGjQFQ pic.twitter.com/GQIBtOgy3O

Earlier in the day, Biden seemed briefly confused before correcting himself, when he mistakenly told a small group of people that he is a “Grandmom” to Finnegan Biden, his granddaughter.

At a September rally, President Trump mocked Biden, saying “he’s got half of his head left”.

(Related: Biden Makes Another Very Noticeable Inarticulate Gaffe: “Barack & I Think It’s A Right For People To Have [Badakathcare]!”)