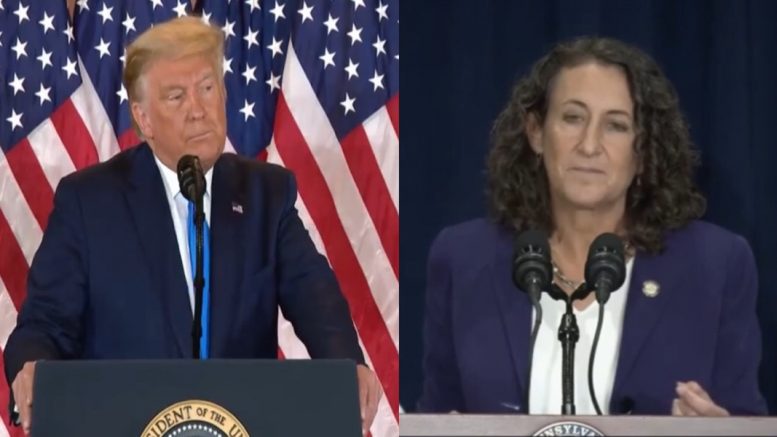 During a press conference Thursday, Pennsylvania Secretary of State Kathy Boockvar gave an election update over the Keystone State’s general election amid America waiting on the election results.

Upon taking questions from reporters, however, Boockvar was pressed over some of her anti-Trump tweets which have surfaced recently, in which one of the tweets from 2017, claimed that the Commander in Chief “demeans the office of the presidency”.

“Using the title ‘President’ before the word ‘Trump’ really demeans the office of the presidency,” Kathy Boockvar tweeted in 2017. 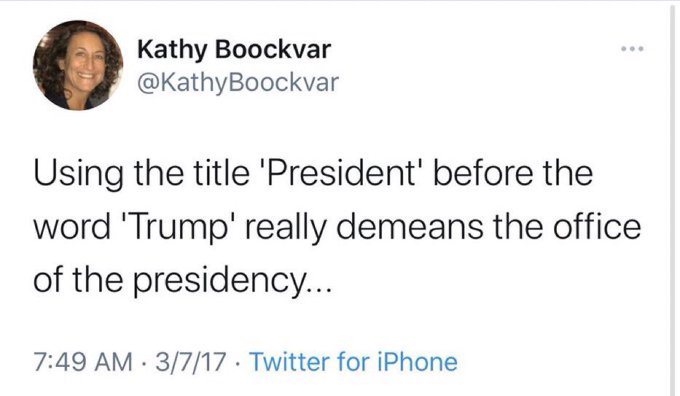 A reported named Dennis, asked Boockvar Thursday, “Secretary, some tweets have surfaced that are visibly from a couple years ago– your tweets suggesting negative things about Donald Trump. What do you say to people that say, ‘Geez, you’re the person overseeing this election, and you have clearly partisan views on the matter. What is your response to that?”

“So my response to this is, look, these were four years ago. And at the time I was not in the administration, I was not in any public service. I was a private citizen, it was a personal twitter account. And you know, um, so, so that,” she claimed, trying to justify her anti-Trump tweets. Continued Below

“I mean, we work for voting rights and for effective election administration, and I can tell you I will do everything in my power to make sure that every voter, every candidate, and every party have access to a fair, free, safe and secure election,” she said.

Pennsylvania Secretary of State @KathyBoockvar asked about her anti-Trump tweets:

"Look, these were four years ago and I was not in the administration…I was a private citizen….Ya know, so that…" pic.twitter.com/NM3IjMZal0

Carmine Sabia posted some of Kathy Boockvar’s other anti-Trump tweets on Thursday, writing, “You are suppose to trust her with the votes in Pennsylvania”.

This is Kathy Boockvar. You are supposed to trust her with the votes in Pennsylvania. Here are some of her anti-Trump tweets. Check the link for more. https://t.co/zt1Z0ocsQE pic.twitter.com/bmhG2yknQi

(Related: Joe Biden At Detroit Event: “I Don’t Need You To Get Me Elected, I Need You Once I’m Elected”)