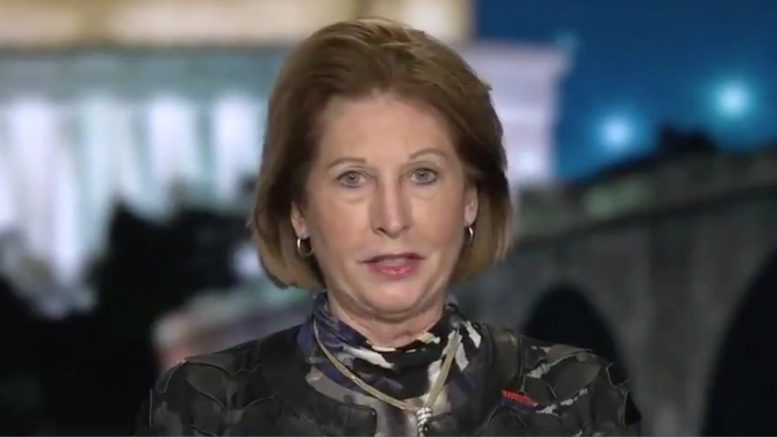 Dobbs told Powell that the “FBI is indeed being diligent” and “is involved”, noting that the Justice Department is also involved in the review of the election.

“I’m delighted to hear that. I think there are any number of things they need to investigate, including the likelihood of three percent of the vote total was changed in the pre-election voting ballots that were collected digitally by using the Hammer program and a software program called Scorecard. That would’ve amounted to a massive change in the vote that would’ve gone across the country and explains a lot of what we’re seeing,” Sidney Powell said.

“In addition, they ran an algorithm to calculate votes they might need to come up with for Mr. Biden in specific areas. I think that explains what happened in Michigan, where the computer glitch resulted in a change of votes of about 5,500 in favor of President Trump, just in one of 47 districts. All those districts need to be checked for that same ‘software glitch’ that would change the result in Michigan dramatically,” she continued.

The software had reportedly caused a significant number of votes to be allotted to Biden in a county that has for years been reliably red. In the presumed final count, Biden had originally led in the county by roughly 3,000 votes. Revised totals show that Trump won the county by around 2,500, per Just the News. Continued Below

Powell indicated that the software glitch may be happening “in other states” adding, “We’ve had hundreds of thousands of ballots mysteriously appear solely for Mr. Biden, which is statistically impossible as a matter of mathematics. It can all be documented.”

“We are putting it into materials that we will file in federal court,” she revealed. “And we need to seek relief in multiple states to enjoin the certification of any election results.”

Asked what is being done about the computer software Hammer and Scorecard, Powell said, “I think they were very broadly used, but not by the vote counters. They were used by the forces in the Democrat operatives that had access to these programs through the government access points that they have, and used it illegally to change votes in this country.” Continued Below

“It’s got to be investigated, probably, by the president’s most trusted military intelligence officials, who can get into the system and see what was done. But we do have some evidence that is exactly what happened. And they’ve used it against other entities in other countries. It’s just been turned recently our own citizens here to change election results. It’s absolutely appalling that can be done. Whether it’s called computer glitches or something else, somebody has actually gone into the system and changed voting results,” Powell suggested.

Dobbs responded, saying, “That’s called intervention in our elections, irrespective of I guess if they were Russia or China, we would refer to them as meddling. But it’s intervention and it’s also crooked as hell, rigging this election– no matter the jurisdiction, whether it’s Michigan, Georgia, wherever it might be.”

Asked what can we do about it, and why not turn it over to the Justice Department as evidence, Powell said, “We’ve been trying to get their attention, and we’re going to try even harder. We’ll have to put it in a federal lawsuit apparently, and get as much of it out as we possibly can. We have some excellent witnesses on the issue.” Video Below

“But his is coup 5.0, Lou. I mean, there was no reason to think that the Democratic operatives who spent 100’s of millions of dollars creating the Russia hoax, the Steele dossier, taking us through a special counsel operation for two years, trying an impeachment hoax, the apocalypse hoax, the obstruction hoax, wouldn’t go so far as to create every means of voter fraud they could come up with to steal this election,” Powell said.

“That’s exactly what happened. The president must fight back now in every way, shape, and form. We cannot let this Republic be stolen by the Democratic operatives who want to destroy the Republic and make it a socialist country, where they continue to line their pockets with these back door global deals like the Biden laptop from hell it exposes,” she added.

(Related: Sidney Powell On Why The FBI Targeted Michael Flynn: “He Would’ve Quickly Discovered Everything That They Had Been Doing”)