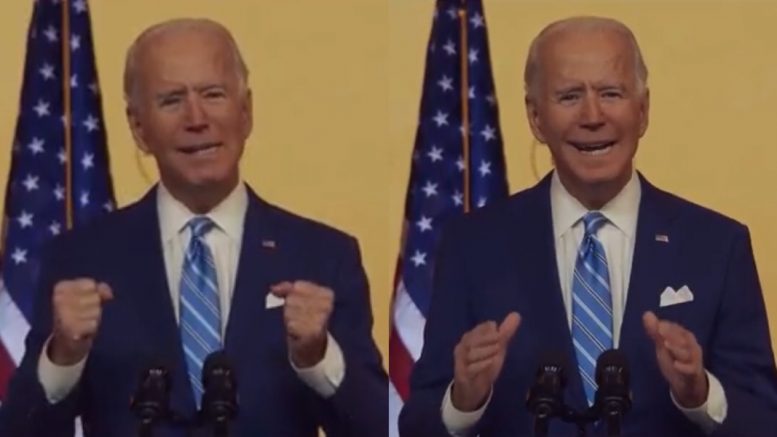 On Wednesday, former Vice President Joe Biden gave Thanksgiving remarks in Wilmington, Delaware, where he, an allegedly self-described devout Catholic, appeared to not know how to pronounce one of the most famous books in the Bible.

Biden repeatedly mispronounced “Psalmist”, uttering the “P” instead of the “S”. He said: “And if we do, and I’m sure we can, we can pres– claim the Palmist– what the Palmist who wrote these following words. The Lord is my strength and my shield and with my song I give thanks to Him”.

Biden was clearly quoting Psalms 28:7. In his prepared remarks, it shows that Biden was, in fact, quoting from the book of Psalms when he referenced the “Psalmist.” The “P” in Psalms is silent.

"Devout Catholic" Joe Biden doesn't know the "P" in "Psalmist" is silent, not the "s". pic.twitter.com/kp9MZi3NvQ

As reported by The Daily Wire:

The error by Biden is relevant because the media exploded in 2016 when then candidate-Donald Trump mistakenly referred to 2 Corinthians 3:17 as “Two Corinthians” instead of saying “Second Corinthians.”

Some users on Twitter responded to Biden’s obvious gaffe:

Remember the uproar when Trump in 2016 said “two Corinthians” instead of “Second Corinthians”?

The Palmist? This is guy is such a fraud

“Palmist?” How about Psalmist. He wins the Emmy for best fake Catholic! https://t.co/TwvJtDsOI3

(Related: Biden Makes Another Very Noticeable Inarticulate Gaffe: “Barack & I Think It’s A Right For People To Have [Badakathcare]!”)