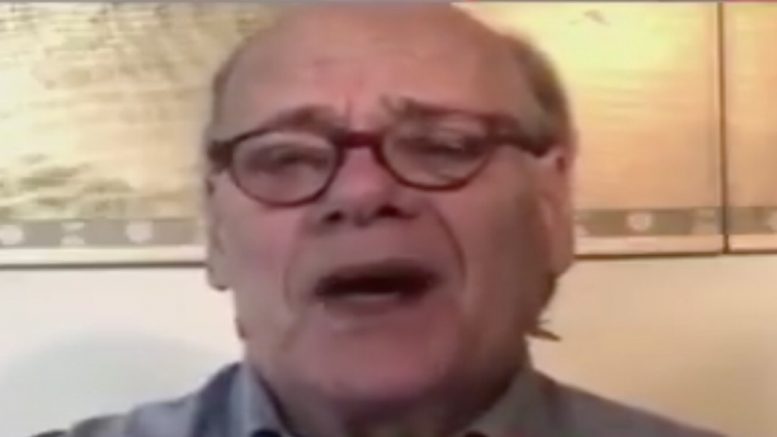 Rep. Steve Cohen (D-TN) on Monday, formed an unsubstantiated conspiracy theory during an interview with CNN’s Jim Sciutto, claiming that the National Guard troops responsible for protecting Washington, D.C. on Inauguration Day could constitute a threat because they included too many “white males” who voted for President Donald Trump.

“The guard is 90-some-odd percent, I believe, male,” Cohen said. “Only about 20 percent of white males voted for Biden. You’ve got to figure that in the guard, which is predominantly more conservative that I see that on my social media, and we know it. They’re probably not more than 25 percent of the people that are there protecting us that are voting for Biden.

“The other 75 percent are in the class, the large class of folks, who might want to do something,” Cohen said. “… It does concern me, but the vetting at the last minute…”.

Sciutto responded to Cohen’s assessment, countering, “I mean, to have voted for Trump does not make you an insider threat. That’s far different from being a threat of violence inside, whether national guard or law enforcement. I’m curious, is there anything you’ve seen to substantiate just how broad this insider threat might be, if it exists?”

“Actually not, Jim,” Cohen answered. “You draw circles first and the first people who were for Trump and not Biden, as far as people who would be within the zone of folks who would be suspect of. The suspect group is large.”

The Tennessee Democratic congressman’s comments come as the FBI is reportedly vetting all service members on hand in the capital to support the inauguration. “The Army is working with the FBI to vet all service members supporting the Inauguration National Special Security Event,” an Army official told NBC News on Sunday. Video Below

.@RepCohen on his concerns w/ the National Guard securing the Inauguration: “The [National] Guard is 90 some-odd percent male; and only about 20 percent of white males voted for Biden … there are probably not more than 25% of the people there protecting us that voted for Biden” pic.twitter.com/ofQfLuCw8I

Meanwhile, the Department of Defense said on Monday there is “no intelligence indicating an insider threat” per a statement released.

If you are in the National Guard and are being 'vetted' for conservative political beliefs, report it to your IG and open an investigation

Has any elected Republican spoken out about the illegal and outrageous 'vetting' of National Guard for conservative sentiments?

This a massive violation of the civil rights of our troops.

And no one is standing up for them.

(Related: Rep. Jordan To Cohen: You Refuse To Condemn Mobs, But You Can Bring A Bucket Of Chicken To A Hearing?)