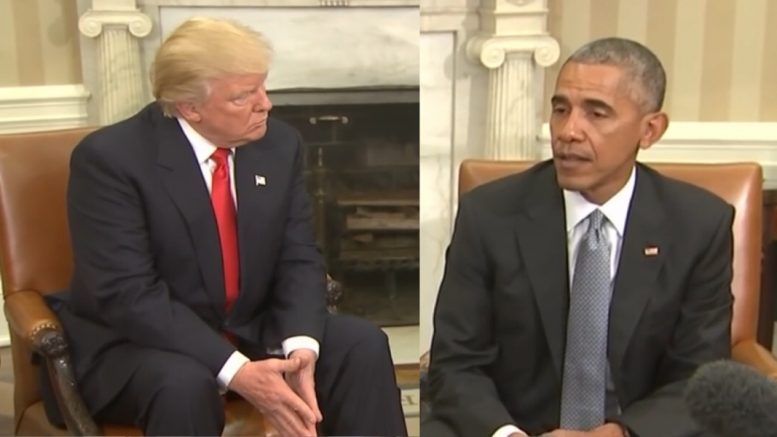 The Commander in Chief revealed in a statement that was issued by the White House, a large trove of Russia probe documents will be declassified.

Trump revealed in a statement issued by the White House that the materials were not previously shared with Congress or the public and he received them on Dec. 30 in a binder, determining they ought to be made public. The binder is about a foot tall, according to officials who have seen it, Just The News reported.

“I determined that the materials in that binder should be declassified to the maximum extent possible,” President Donald Trump stated.

The effort to release the materials, however, hit a bump when the FBI objected on Sunday to a complete release of the information. The president nonetheless ordered them released but allowed for some modest redactions to be made, Just The News reported.

“As part of the iterative process of the declassification review, under a cover letter dated January 17, 2021, the Federal Bureau of Investigation noted its continuing objection to any further declassification of the materials in the binder and also, on the basis of a review that included Intelligence Community equities, identified the passages that it believed it was most crucial to keep from public disclosure,” the president said. “I have determined to accept the redactions proposed for continued classification by the FBI in that January 17 submission.”

Officials said they expected the first materials to surface in public by midday Wednesday. Continued Below

Memorandum on Declassification of Certain Materials Related to the FBI’s Crossfire Hurricane Investigation: 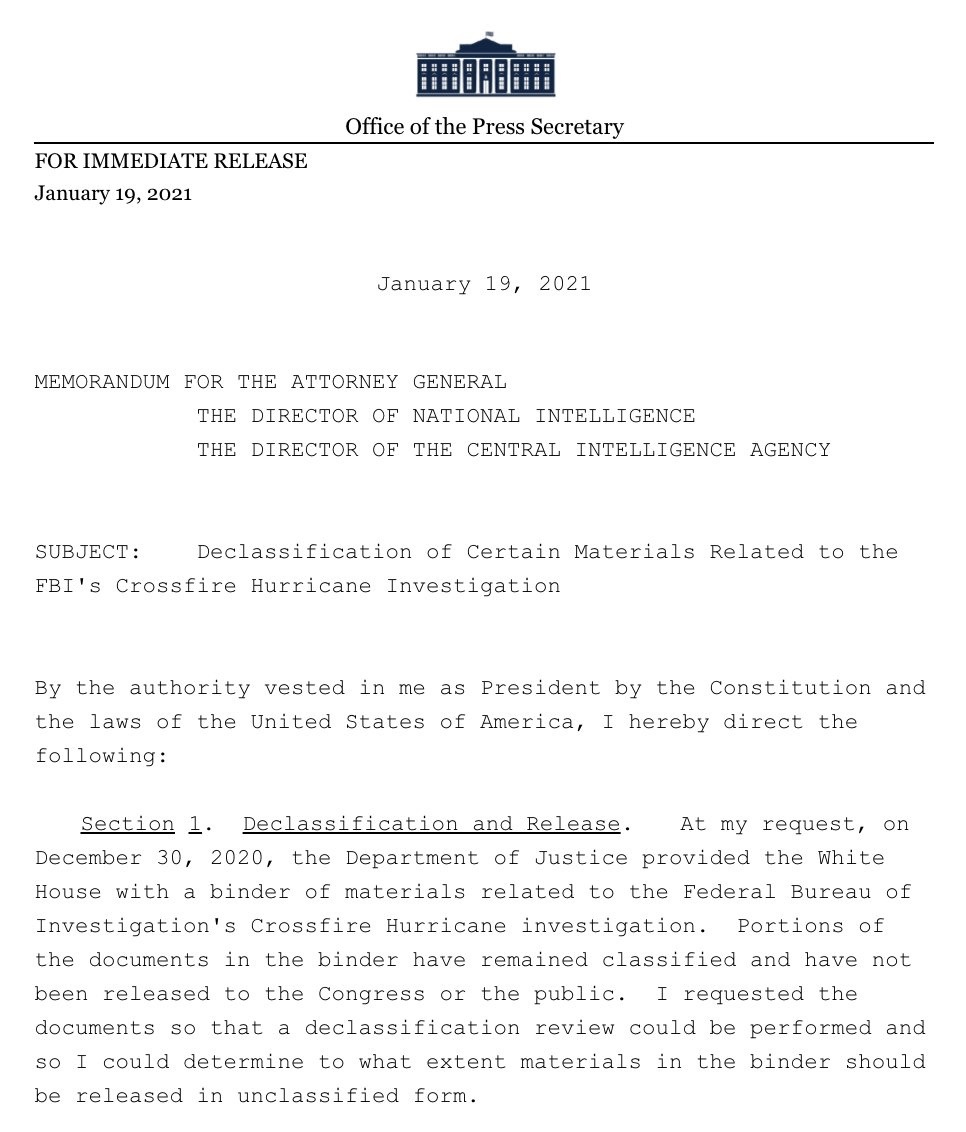 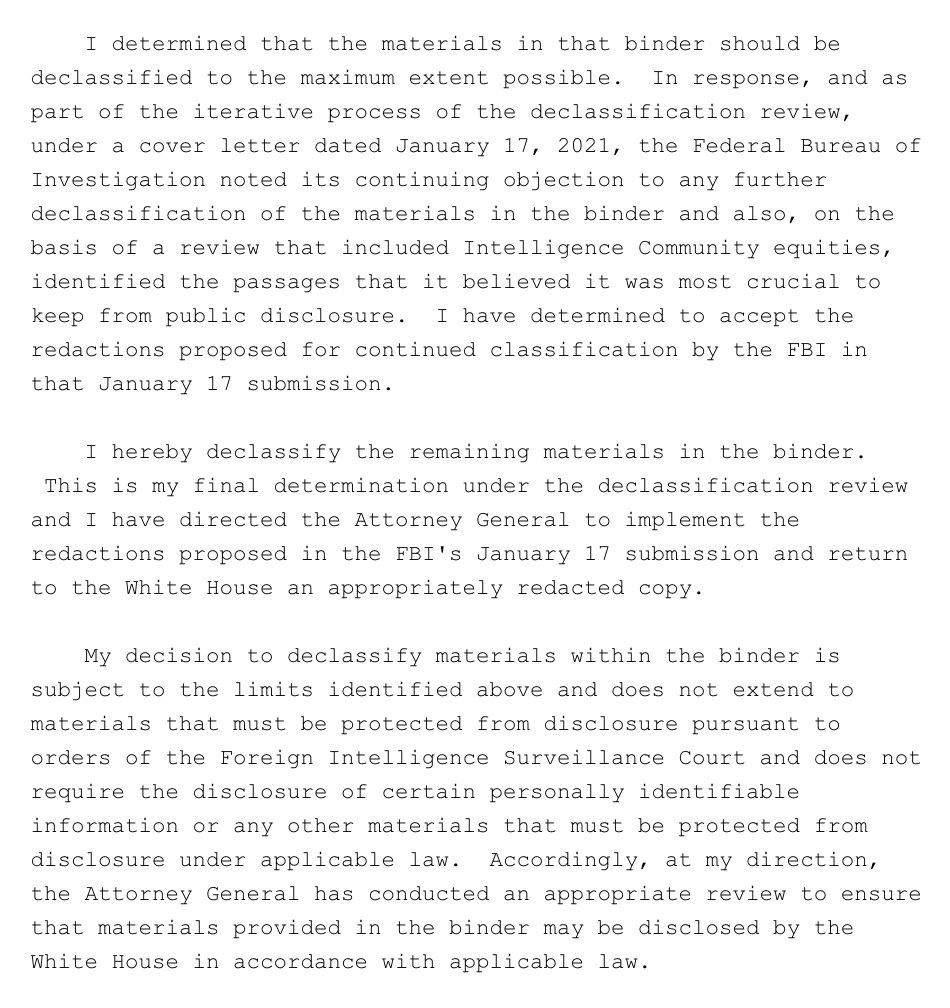