In a video message posted on Twitter, the Georgia congresswoman said, “We filed Articles of Impeachment on President Joe Biden. We’ll see how this goes.”

I just filed Articles of Impeachment on President @JoeBiden. pic.twitter.com/mcwEEkKiHL

Rep. Green also released a statement on Thursday regarding the Articles of Impeachment against Joe Biden: 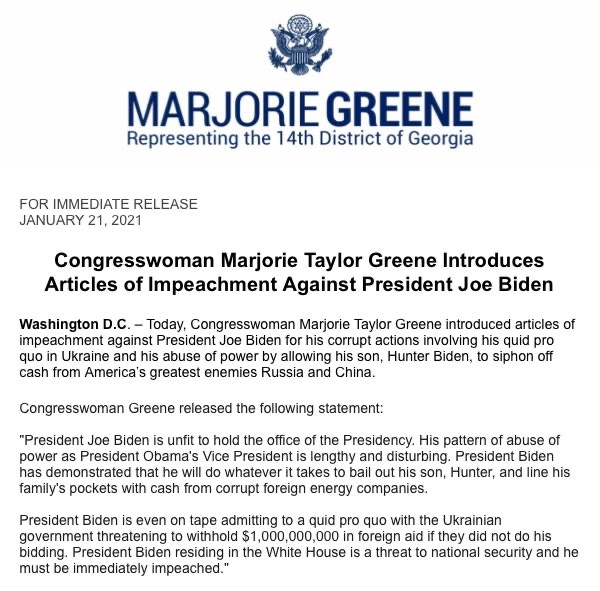 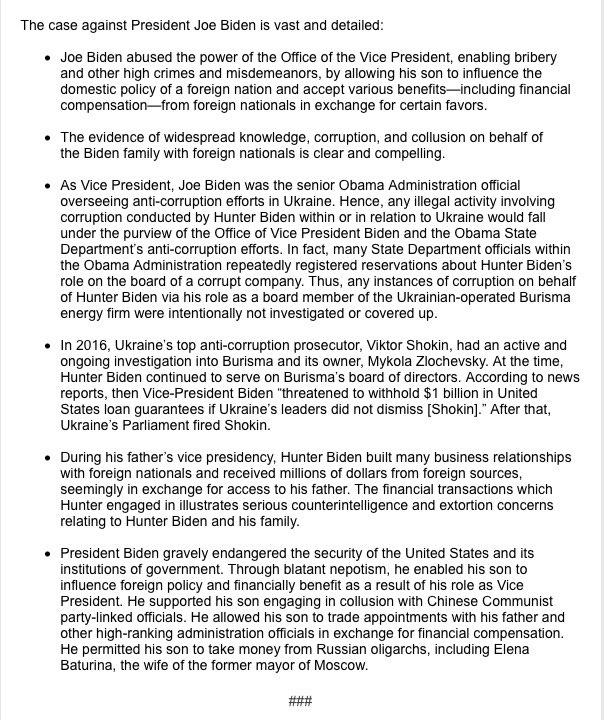 Last week, Rep. Greene had announced that she would be filing articles of impeachment against Joe Biden “for abuse of power” and made the formal announcement in a tweet last Wednesday evening and also during an interview with host Greg Kelly on Newsmax. Continued Below

While speaking with host Greg Kelly on Newsmax, Rep. Greene told viewers, “I would like to announce on behalf of the American people, we have to make sure our leaders are held accountable. We cannot have a president of the United States that is willing to abuse the power of the office of the presidency and be easily bought off by foreign governments, Chinese energy companies, Ukrainian energy companies”.

“I’m a big believer in having people in office who are actually willing to do the job, and I can’t imagine people in this country being so fearful of a future of a Biden presidency that they may be willing to commit violence like they did in the Capitol here in Washington, D.C. We cannot have that; I do not condone that violence,” Rep. Greene explained.

“Joe Biden is on record, on the phone, saying that he would withhold a billion dollars of foreign aid if he didn’t get his way with these deals with his son Hunter. And there’s an ongoing investigation with Hunter’s laptop– into being bough and paid for Communist Chinese energy companies,” she said.

“This is a dangerous threat to our country when we have a man who will be holding the power of the presidency and will so easily and is on record for abusing power,” Rep. Greene added. Video Below